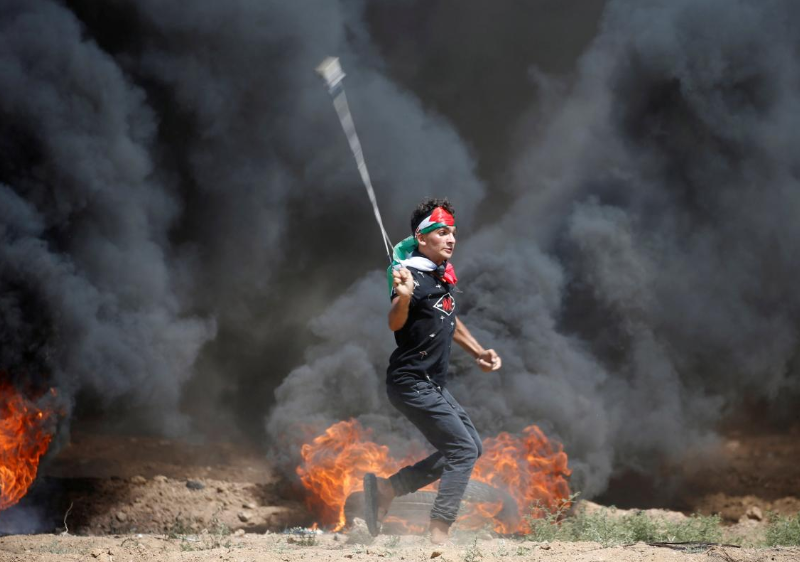 Israeli troops shot dead three Palestinians and wounded at least 618 others on Friday with live fire or tear gas used against protesters at the Gaza Strip border, medics said.

The army said it took action to disperse around 10,000 Palestinians, some of whom threw rocks at the troops and burned tires, and prevent any breach of the fortified frontier fence.

Israeli forces have killed at least 122 Palestinians in protests along the border since a campaign was launched on March 30 to demand the right to return to ancestral lands lost to Israel in the 1948 war of its creation, hospital officials say.

Israel says the dead included gunmen who used civilians as cover for gun and grenade attacks or infiltration attempts. 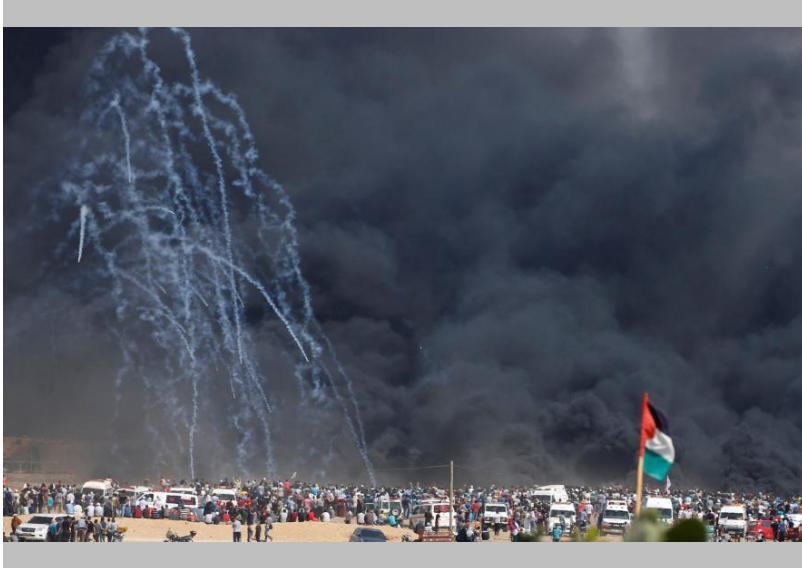 Organisers linked Friday’s protests to annual “Jerusalem Day” events in Iran, which like Gaza’s dominant Hamas Islamists preaches Israel’s destruction and was incensed by the US recognition in December of Jerusalem as the Israeli capital.

“There is no such state called Israel that could have a capital called Jerusalem,” Hamas spokesman Fawzi Barhoum said, adding the protests, which also demand an end to a grinding Israeli and Egyptian blockade on Gaza, would continue.

There have been no Israeli casualties from the more than two months of confrontations along the Gaza border. Israel has lost swathes of farmland and forests on its side of the border to blazes set by coal- or fuel-laden Palestinian kites.

The Palestinians killed on Friday were two adult men and a 15-year-old boy, medics said. Of the wounded, 120 were from live fire, they said.

Among those wounded with gunfire was an Agence France-Presse photographer and a 23-year-old man who was on life support after a tear gas canister penetrated his face, medics said.

“We are not asking for the moon,” said Amer Abu Khalaf, a 20-year-old business administration student who took part in the protest, saying it aimed to “break the siege and have the world recognize our right to return”.

Israel has long refused to admit Palestinian refugees from the 1948 war or their millions of descendants, saying they should stay in a future Palestinian state. Statehood talks have been frozen since 2014.

Hamas seized Gaza from Western-backed Palestinian authorities in 2007 and has fought three wars with Israel there. Two million Palestinians have sunk into poverty as Israel and Egypt, citing security needs, clamped down on Gaza’s borders.

The death toll from Israel’s measures against the Gaza protests have drawn international censure, though the United States has placed the blame on Hamas.