WORLD Issue of takeover of Mombasa Port by China is propaganda: Kenyan President

Issue of takeover of Mombasa Port by China is propaganda: Kenyan President 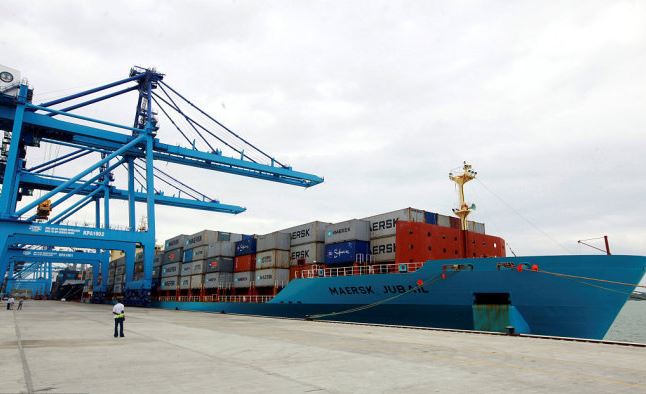 A general view of the newly commissioned berth No. 19 at Kilindini Port in Mombasa, Kenya, August 28, 2013. (File photo: VCG)

Kenyan President Uhuru Kenyatta said the issue of takeover of the Mombasa Port by China is pure propaganda, praising the Asian country for offering financial packages that Kenya can afford.

In a televised interview with reporters at the coastal city of Mombasa on Friday night, Kenyatta said the country is ahead of the payment schedule for Standard Gauge Railway (SGR) loan and there is no cause of alarm.

China is opening their eyes and meeting Kenya, and indeed the rest of Africa are at the point of need, Kenyatta remarked, stressing that China is offering financial packages that Kenya and other African countries can afford.

Commenting on Kenya's debt issue, Kenyatta said the issue is not about incurring debt; it is about the use of the debt.

When debt is talked about, it must be viewed in comparison with the gross domestic product (GDP), he said.

"I am confident that Kenya's debt is for infrastructure development that will not only benefit the current generation but future generations too," he added.

There were recent reports alleging that Kenya had used Mombasa Port as a collateral to reach an SGR payment agreement with Chinese financial institutions.

This is an issue which does not exist, said Kenyatta.

Kenyatta said he was prepared to release to the public the contract signed between the Kenyan government and the Chinese government through the China Eximbank to end the speculation.