Istanbul to unveil new airport, seeks to be world’s biggest 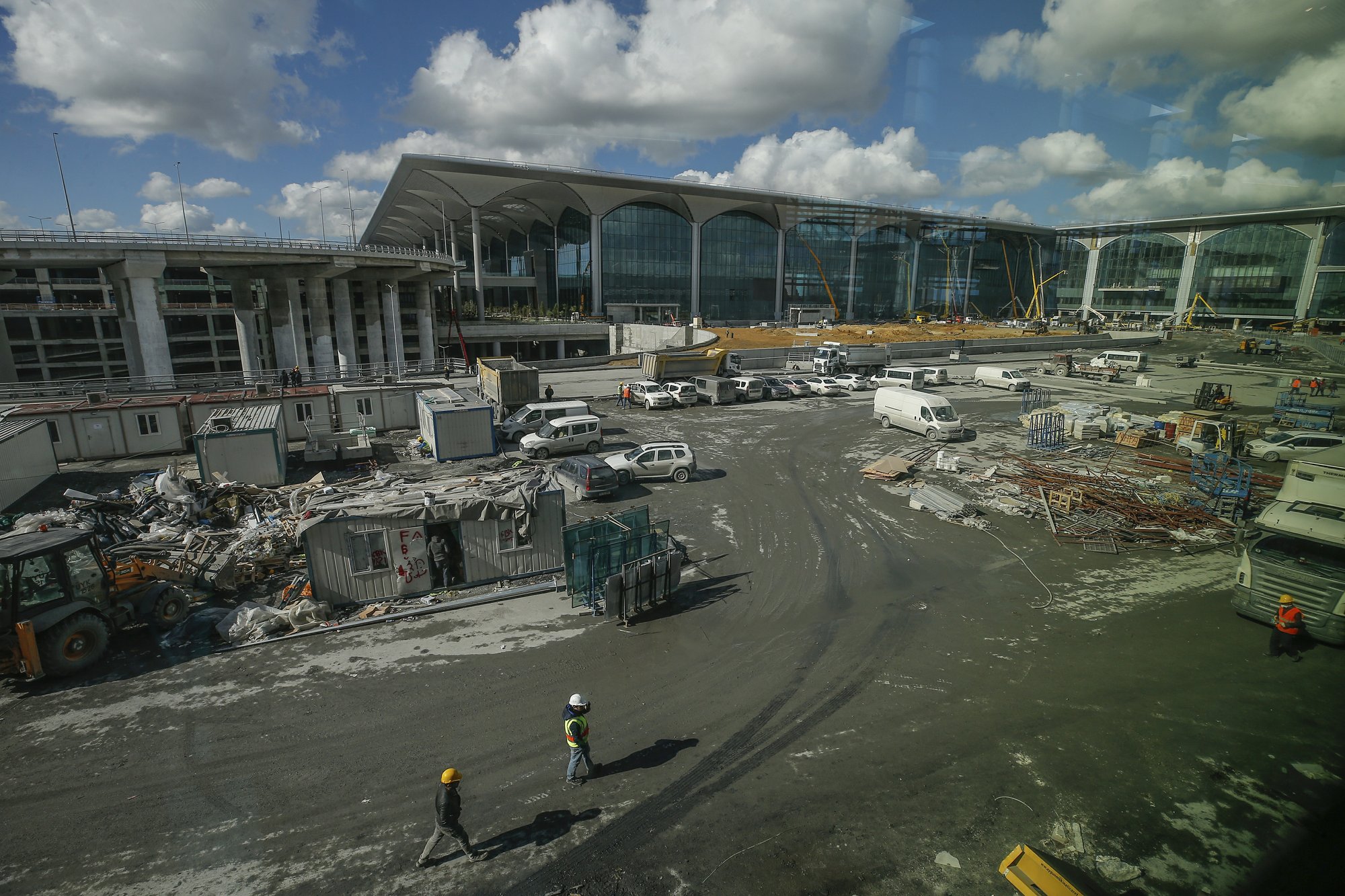 Construction continues in Istanbul's new airport ahead of its opening. The first phase of the airport, one of Turkey's President Recep Tayyip Erdogan's major construction projects, is scheduled to be inaugurated on Oct. 29, 2018. (Photo: AP)

Recep Tayyip Erdogan has held plenty of grand opening ceremonies in his 15 years at Turkey’s helm. On Monday he will unveil one of his prized jewels — Istanbul New Airport — a megaproject that has been dogged by concerns about labor rights, environmental issues and Turkey’s weakening economy.

Erdogan is opening what he claims will eventually become the world’s largest air transport hub on the 95th anniversary of Turkey’s establishment as a republic. It’s a symbolic launch, as only limited flights will begin days later and a full move won’t take place until the end of the year.

Istanbul New Airport, on shores of the Black Sea, will serve 90 million passengers annually in its first phase. At its completion in ten years, it will occupy nearly 19,000 acres and serve up to 200 million travelers a year with six runways. That’s almost double the traffic at world’s biggest airport currently, Atlanta’s Hartsfield-Jackson.

“This airport is going to be the most important hub between Asia and Europe,” Kadri Samsunlu, head of the 5-company consortium Istanbul Grand Airport, told reporters Thursday.

The airport’s interiors nod to Turkish and Islamic designs and its tulip-shaped air traffic control tower won the 2016 International Architecture Award. It also uses mobile applications and artificial intelligence for customers, is energy efficient and boasts a high-tech security system.

All aviation operations will move there at the end of December when Istanbul’s main international airport, named after Turkey’s founder Mustafa Kemal Ataturk, is closed down. Ataturk Airport now handles 64 million people a year. On the Asian side of the city, Sabiha Gokcen Airport handled 31 million passengers last year. It will remain open.

Erdogan is expected to announce the official name of the new airport, part of his plan to transform Turkey into a global player.

Turkish Airlines will launch its first flights out of the new airport to three local destinations: Ankara, Antalya and Izmir. It will also fly to Baku and Ercan in northern Cyprus.

Megaprojects in northern Istanbul are spurring additional construction of transportation networks, housing and business centers in already overpopulated Istanbul, where more than 15 million people live. Samsunlu, the airport executive, said an “airport city” for innovation and technology would also be built.

The five Turkish companies that won the $29 billion tender in 2013 under the “build-operate-transfer” model have been financing the project through capital and bank loans. IGA will operate the airport for 25 years.

Financial observers say lending has fueled much of Turkey’s growth and its construction boom, leaving the private sector with a huge $200 billion debt. With inflation and unemployment in Turkey at double digits and a national currency that has lost as much as 40 percent of its value against the dollar this year, economists say Turkey is clearly facing an economic downturn.

Despite those dark financial clouds, the airport consortium hopes the world’s growing aviation industry will generate both jobs and billions of dollars in returns.

“Istanbul New Airport will remain ambitious for growth and we will carry on mastering the challenge to be the biggest and the best. That’s our motto,” Samsunlu said.