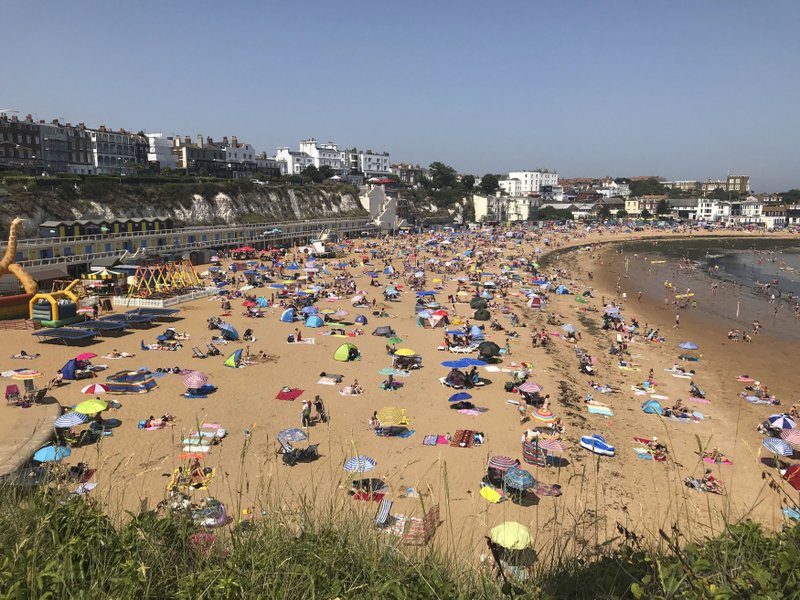 People flock to Broadstairs beach in Kent, England, July 25, 2019. Paris and London and many parts of Europe are bracing for record temperatures as the second heat wave this summer bakes the continent. The Paris area could be as hot as 42 C (108 F) Thursday as a result of hot, dry air coming from northern Africa that's trapped between cold stormy systems. (Photo: AP)

Britain has officially had its hottest day on record.

The temperature was recorded Thursday and confirmed Monday after “quality control and analysis” by the Met Office.

Temperature records fell across Europe last week as a suffocating heat wave swept up from the Sahara.

He said “climate change has increased the likelihood and severity of heatwave episodes across Europe, which will have also increased the risks of a 40 Celsius temperature event in the U.K.”