WORLD Italian court orders seizure of League funds 'wherever they are'

Italian court orders seizure of League funds 'wherever they are' 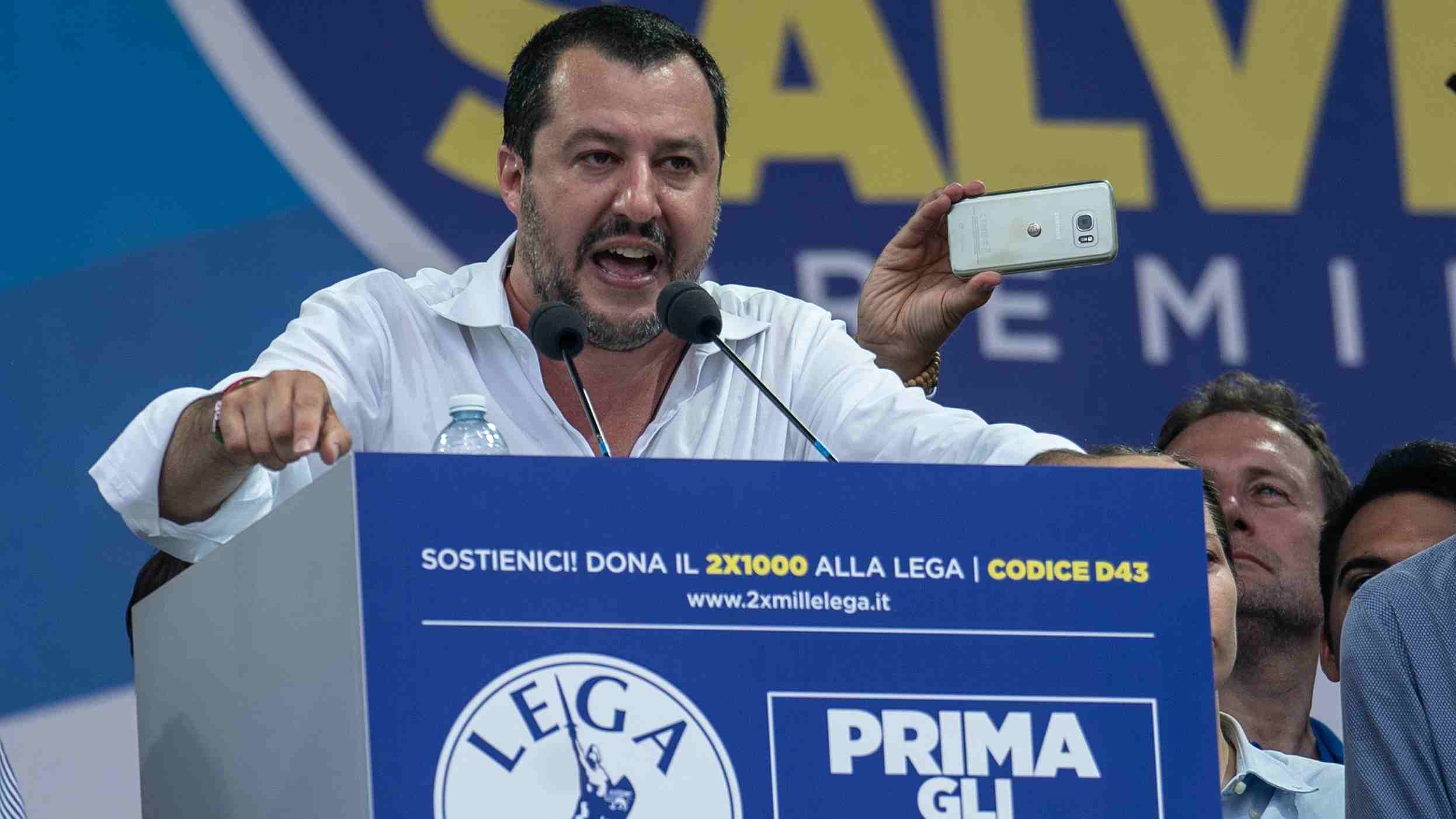 Italy's League party, one half of the country's governing coalition, will have funds seized from it "wherever they are" until the Italian state gets back almost 49 million euros it was allegedly defrauded of, Italian news agency ANSA reported on Tuesday.

The decision came from the country's top court, which ANSA reported upheld an appeal by prosecutors to reverse a successful appeal by League leader and interior minister Matteo Salvini against the "blanket" seizure of party funds.

The far-right League formed a coalition government with the anti-establishment Five Star Movement in June.

The case relates to Umberto Bossi, the founder of Northern League, which was later renamed League. He was found guilty in 2017 of illegally using party funds to pay for family expenses and sentenced to two years and three months in jail. Bossi's son, Renzo, and former League treasurer Francesco Belsito were also convicted.

Bossi is no longer involved in front-line politics, having resigned over the funding scandal in 2012, but has remained influential behind the scenes and clashed with Salvini over the direction the new leader took the party.

Deutsche Welle quoted Salvini as responding to the court order by saying: "49 million isn't much, I'll make a collection. It is a politically motivated process based on facts that are 10 years old and money I have never seen. I can get the money selling T-shirts, caps and French fries."

Finance police searched a bank in northern Italy in June as part of an investigation into possible money laundering by the League, Reuters reported.

The investigation was launched in 2017 after a tribunal in Genoa froze several League bank accounts as a precaution following a court order for the party to refund some 49 million euros in connection with the Bossi scandal.

ANSA reported that 1.5 million euros had so far been frozen. The agency quoted League MP and party administrator Giulio Centemero as saying: "Perhaps the effectiveness of the League government's action is annoying some. But they certainly won't stop us like this."