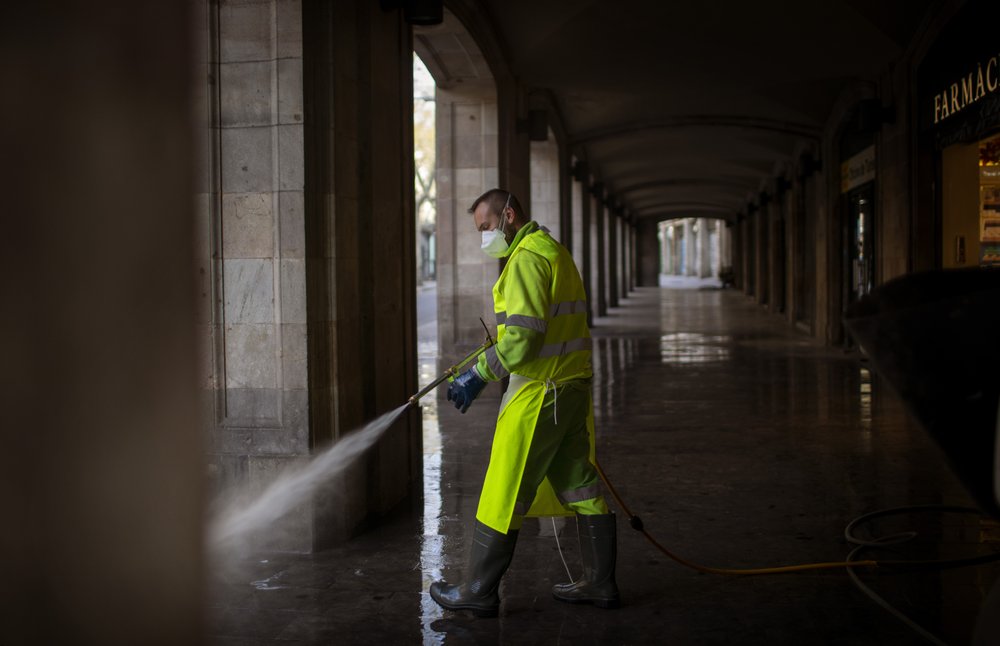 A worker disinfects the street to prevent the spread of COVID-19 in Barcelona, Spain, Thursday, March 19, 2020. (Photo: AP)

The death toll in Italy from the coronavirus overtook China’s on Thursday, and infections in the United States climbed past 10,000, in a stark illustration of how the crisis has pivoted toward the West.

Italy reached the bleak milestone the same day that Wuhan, the Chinese city where the coronavirus first emerged three months ago, recorded no new infections, a sign that the communist country’s draconian lockdowns were a powerful method to stop the virus’ spread.

Meanwhile, the virus appeared to be opening an alarming new front in Africa and also reached at least one European head of state: 62-year-old Prince Albert II of the tiny principality of Monaco. The palace announced that he tested positive but was continuing to work from his office and was being treated by doctors from Princess Grace Hospital, named after his American actress mother.

The damage to the world’s largest economy kept piling up, with unemployment claims surging in the United States, as Congress rushed to pass a $1 trillion emergency package to shore up industry and help households pull through the crisis. The first of two possible rounds of relief checks will consist of payments of $1,000 per adult and $500 for each child.

The American death toll rose to 160, primarily elderly people. Johns Hopkins University, which has been tallying the virus’ spread around the world, said the U.S. had more than 10,700 cases.

The worldwide death toll crept toward 10,000 as the total number of infections topped 220,000, including nearly 85,000 people who have recovered.