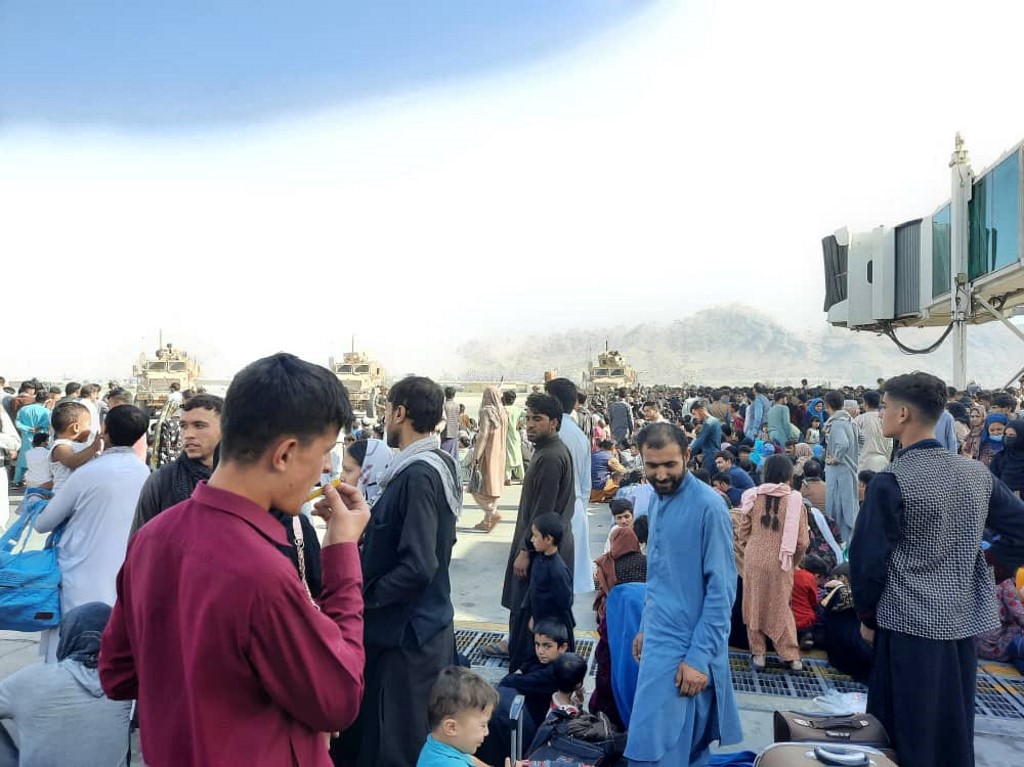 About 70 Italian diplomats and Afghans reached Rome on Monday after being evacuated from Kabul following the fall of the capital city to the Taliban.

The KC-767 military transport plane touched down about 1230 GMT at Rome's Fiumicino international airport carrying some 50 diplomats and 20 Afghans who had worked with Italian forces in Afghanistan, the foreign ministry said in a statement.

Their arrival came after a last-minute evacuation Sunday at Kabul's airport, as Western powers scrambled to fly out their remaining embassy staff and Afghans who worked as interpreters or other support roles.

Italy's defence ministry announced Sunday that "in view of the deteriorating security situation", the embassy's diplomatic staff and Italian nationals would be evacuated.

In June, Italy repatriated its remaining approximately 900 soldiers as part of the accelerated withdrawal of NATO forces.

The country was one of the most committed Western powers in Afghanistan, which since 2015 alongside the United States, Turkey, Britain and Germany, formed the bulk of NATO's "Resolute Support" mission to train and advise Afghan troops.

Italy deployed 50,000 troops in Afghanistan over the past 20 years following the 9/11 attacks on the United States.

During that period, 53 Italian soldiers died and 723 were injured.

According to the defence ministry, 228 Afghans who worked for Italy and their families are already in Italy.

The Taliban takeover after President Ashraf Ghani fled on Sunday concluded a lightning offensive that overran a string of regional capitals in just over a week following NATO's withdrawal.