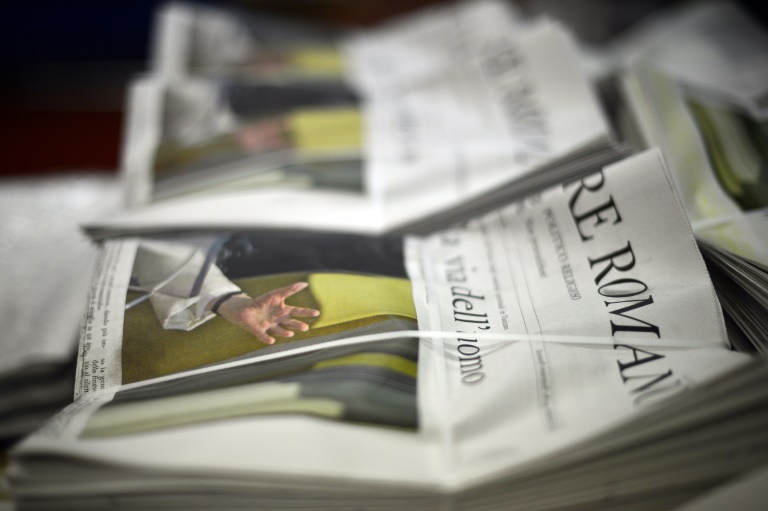 The pope has appointed an Italian journalist to be the Vatican's first lay communications officer.(Photo: AFP)

Paolo Ruffini, a married 61-year-old who takes on a position previously filled by cardinals or bishops, had for the past four years run TV2000, a Catholic broadcasting network owned by the Italian Episcopal Conference.

Hailing from the Sicilian city of Palermo and a journalist for four decades, Ruffini spent half his career in the print media before moving into broadcasting with Italian state broadcaster Rai3 and private TV channel La 7.

He has received several media awards and also participated at conferences on the role of Christians in the media and the "ethics of communication."

He replaces Dario Edoardo Vigano, who resigned from the Secretariat for Communication in March over his handling of a letter from retired Pope Benedict regarding endorsement of a series of books examining Francis' theology.

Vigano stepped down as the Vatican was carrying out a wide-ranging reorganisation of its media affairs, which included downgrading the secretariat to a dicastery or simple department.

Appointed in 2015, Vigano was a former director of television for Vatican broadcasting charged with revamping its media outlets in the wake of the move to digital technology while also pushing through cost and staffing cuts.

A key plank of the reforms was the launch last December of www.vaticannews.va, a single portal with a dedicated editing team in six languages which groups Radio Vatican, Vatican television, the Osservatore Romano daily and the pope's social media feeds as well as a publishing house.