Italian mafia boss who waged war from behind bars dies

Mafia boss Raffaele Cutolo, a key player in one of the bloodiest periods in Naples organised crime in the 1970s and 1980s, has died in prison aged 79, Italian media said Thursday. 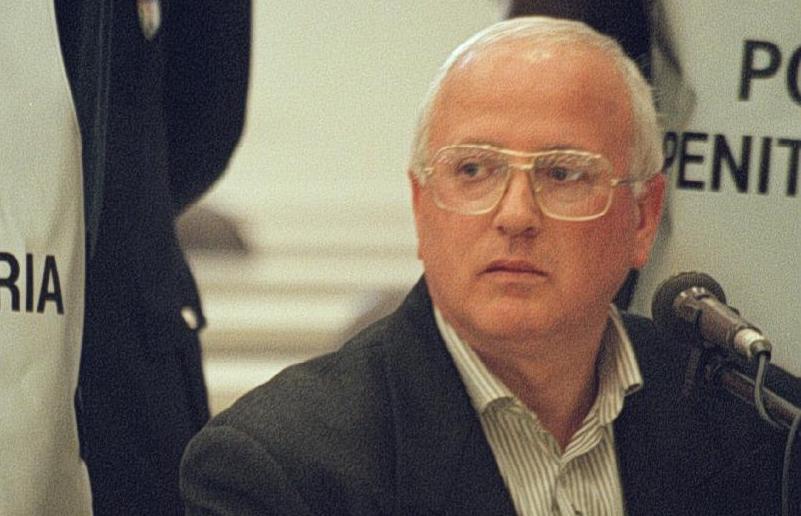 He had been unwell for many months but died Wednesday of septicaemia in the prison ward of a hospital in Parma, northern Italy, the reports said.

Cutolo spent more than 57 years behind bars but became so powerful that other branches of the Camorra mafia in Naples, southern Italy, paid him dues and the state asked for his help when a politician was kidnapped.

Born in 1941 in Ottaviano, a town outside Naples, Cutolo's path was set when in 1963, aged 22, he was jailed for life for murdering a man who insulted his sister.

In prison, his charisma and skill as a poet won him the name "Professor", and he soon built a following among fellow inmates that expanded into the outside world as they were released.

From his cell he created a new group, La Nuova Camorra Organizzata -- the new Camorra Organisation -- with a strict hierarchy and rules of membership, and a willingness to use violence.

He challenged other Camorra families and their battles were responsible for one of the bloodiest periods in the history of Italian organised crime, with more than 250 murders in 1982 alone, according to media reports.

At one point Cutolo was so powerful, he levied a tax on the other clans.

Cutolo also had contacts with the security services and politicians, who were forced to ask him for help to free a regional politician, Ciro Cirillo, kidnapped by the Red Brigades, a leftwing terror group, in 1981.

His political links also allowed him to secure -- via middlemen -- major contracts to help rebuild Irpinia, a district destroyed by an earthquake in 1980 that left almost 3,000 people dead.

Cutolo never expressed remorse for his crimes, which inspired a slew of books and even a film, and took his secrets to his grave.

"He was a powerful boss, more so than a prime minister. A power that kept him in prison all his life," commented writer Roberto Saviano, an expert on the Camorra, quoted by La Stampa daily.