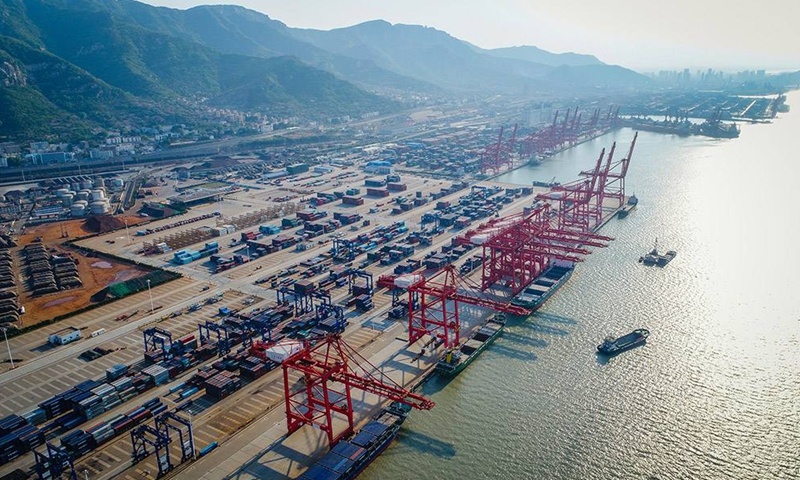 According to data released by China's National Bureau of Statistics on Monday, China's value-added industrial output went up 6.9 percent year on year in October, keeping the same pace as that of September. And retail sales of consumer goods, the main gauge of China's consumption, climbed 4.3 percent year on year.

China, according to an International Monetary Fund estimate released in October, is expected to record a 1.9 percent economic growth in 2020, emerging as the only major economy in the world that can inch back into positive territory this year.

"The spotlight is increasingly on China and its growth ambitions," said financial news website Money, adding that amid economic uncertainties and the ravaging COVID-19 pandemic, especially in Europe and the United States, Asia is once again a "protagonist of the global scene."

ANSA news agency said "the coronavirus emergency has been tamed" in China.

Given the close economic ties between China and Italy, the first European country and Group of Seven nation to join the Belt and Road Initiative, Italian markets have responded positively to China's economic recovery.

"Every Italian company should have a chapter of its 2030 strategy dedicated to China," Josef Nierling, managing director of Porsche Consulting, said in an article published by Affari Italiani.

"To be successful in an increasingly sophisticated market that focuses on domestic consumption, it is necessary to have a 'local for local' approach, developing and offering our most innovative products in China." Nierling added.