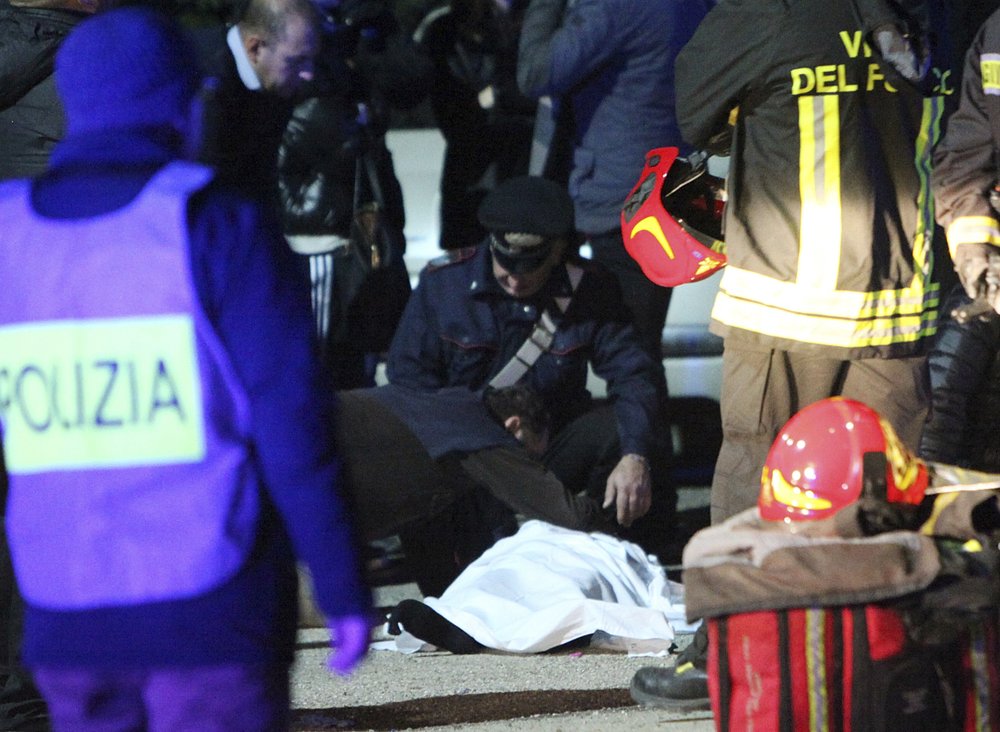 Italian police on Saturday arrested six men on manslaughter charges for allegedly using pepper spray to carry out thefts at a concert for teens, triggering a stampede that killed six people at a venue near the Adriatic coastal city of Ancona last year.

The tragedy last December killed five teens, ranging in age from 14 to 16, along with a 39-year-old mother accompanying her daughter to a concert by a popular Italian singer, Sfera Ebbasta, whose late arrival accounted for the presence of so many young people when the pepper spray was unleashed after midnight. It was the second deadly incident involving bands of thieves using pepper spray in Italy, following a 2017 stampede that killed two in Turin at an open-air screening of the Champions League soccer final.

Prosecutor Monica Garulli told reporters that the six suspects, who are 19 to 22, were part of a gang based in the northern city of Modena that hit nightclubs and other venues in northern and central Italy with the aim of robbing unsuspecting club-goers. She said the incident on Dec. 8 was the last time they appeared to have used pepper spray, but that they had continued to operate.

The six suspects are under investigation for manslaughter and for causing injury to 197 others. The men, along with a seventh gang member, also are being investigated for association with the intent to carry out robberies.

Garulli said one of the suspects robbed someone who had stopped to give aid to an injured person.

Survivors said panic spread in the club in Corinaldo, near the Adriatic coastal city of Ancona, after the pepper spray was unleashed. Prosecutors said an oversold venue and security lapses also contributed to the deaths, which are the focus of another investigation.

In the Turin stampede, four defendants were sentenced to just over 10 years in jail on manslaughter convictions. Two women were killed and more than 1,600 injured when the four used pepper spray to create a diversion to rob fans in Turin’s Piazza San Carlo to watch Juventus play Real Madrid on a big screen.

City officials also faced criticism for not having adequate safety measures in place, given the number of people in the packed square surrounded on three sides by colonnaded buildings.