BEIJING, June 24 (Xinhua) -- Italian police officers on Monday began patrolling tourist sites in China, with their local counterparts, after a launching ceremony held in front of the Yongding Gate Tower in central Beijing. 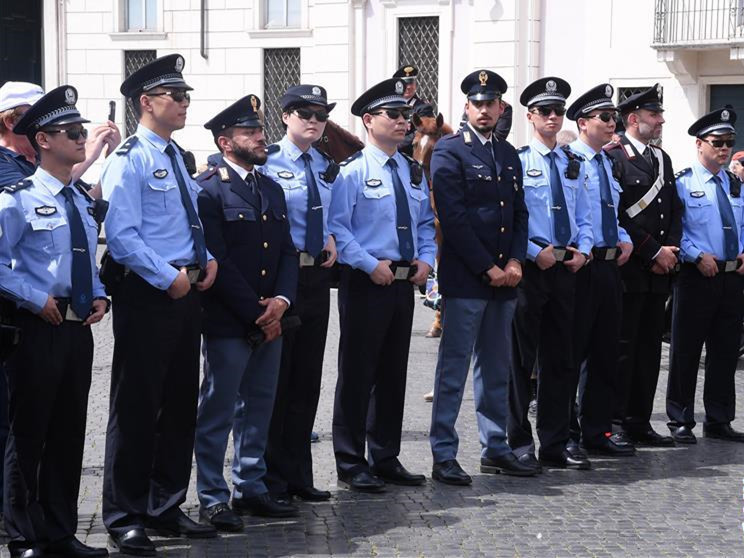 The joint patrol, the third such exercise between Chinese and Italian police in China, will last until July 5 in four cities: Beijing, Shanghai, Chongqing and Guangzhou.

Eight visiting officers will help address safety concerns of Italian tourists. In accordance with the bilateral cooperation document, they will not carry firearms or police weapons but will assist Chinese police with advice.

During the patrol, police officers from both sides will also exchange experience in police work to deepen understanding and mutual trust and promote law enforcement cooperation and personnel exchanges.

The joint patrol is reciprocal. Since May 2016, China has sent three groups of police officers to patrol streets in Italy. Italian officers were first invited to jointly patrol Beijing and Shanghai in April 2017.

The fourth batch of Chinese police will leave for a joint patrol in Italy in September, during which a special hotline will be set up for Chinese.

In the meantime, visits will also be made to local Chinese communities, Chinese enterprises and institutions to learn about their security situation and needs.