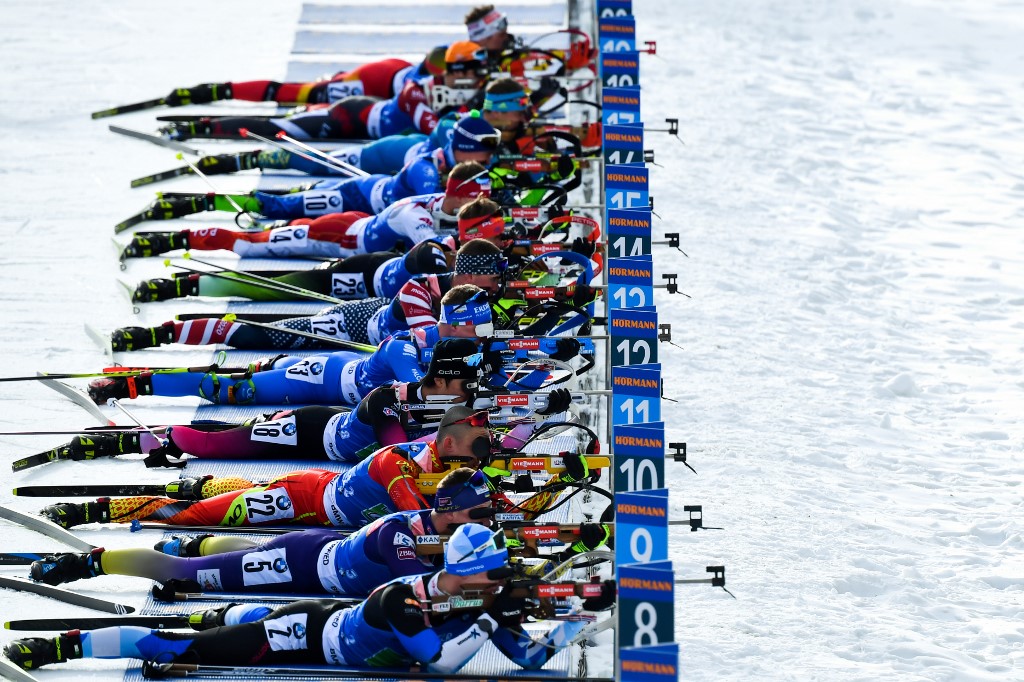 The Russian team is competing in the IBU Biathlon World Cup in Rasen-Antholz (Rasun Anterselva) in the Italian Alps. (AFP)

"Today police came to the hotel at 5:50 am... The police visit was on the request of a member of the IBU," Drachev told Interfax news agency, referring to the International Biathlon Union.

The Russian team is competing in the IBU Biathlon World Cup in Rasen-Antholz (Rasun Anterselva) in the Italian Alps.

Drachev said the search was "linked to the fact that the head coach of the Russian team (Alexander) Kasperovich was using another person's accreditation."

He said that the police also targeted biathlete Alexander Loginov, possibly looking into a repeat breach of anti-doping rules.

Loginov served a two-year ban for using the banned blood booster EPO from November 2014 to November 2016.

"This could be a repeat case. They (the police) searched his things for one and half hours and confiscated his devices," Drachev said.

Drachev said he went to a police station with Kasperovich.

Loginov has already won a gold medal in the 10-kilometre sprint and bronze in the pursuit at the World Cup.

He was set to compete today in the relay.

Loginov told Match TV channel that police woke him and fellow biathlete Yevgeny Garanichev by bursting into their room.

"They were only interested in my things," he said, confirming that the search had been requested by the IBU and saying that he had not been charged with anything.

Loginov could be unable to compete Saturday, the head trainer for the male biathletes, Sergei Belozerov told TASS news agency.

"I'm worried the police, after confiscating his computer and phone, could say before lunch that they need further information and pull him out," Belozerov said, while adding that Garanichev will compete.

The Russian Embassy in Rome said on Twitter that the consulate in Milan was checking the media reports and contacting police, and had also sent a consulate staff member to help the athletes.