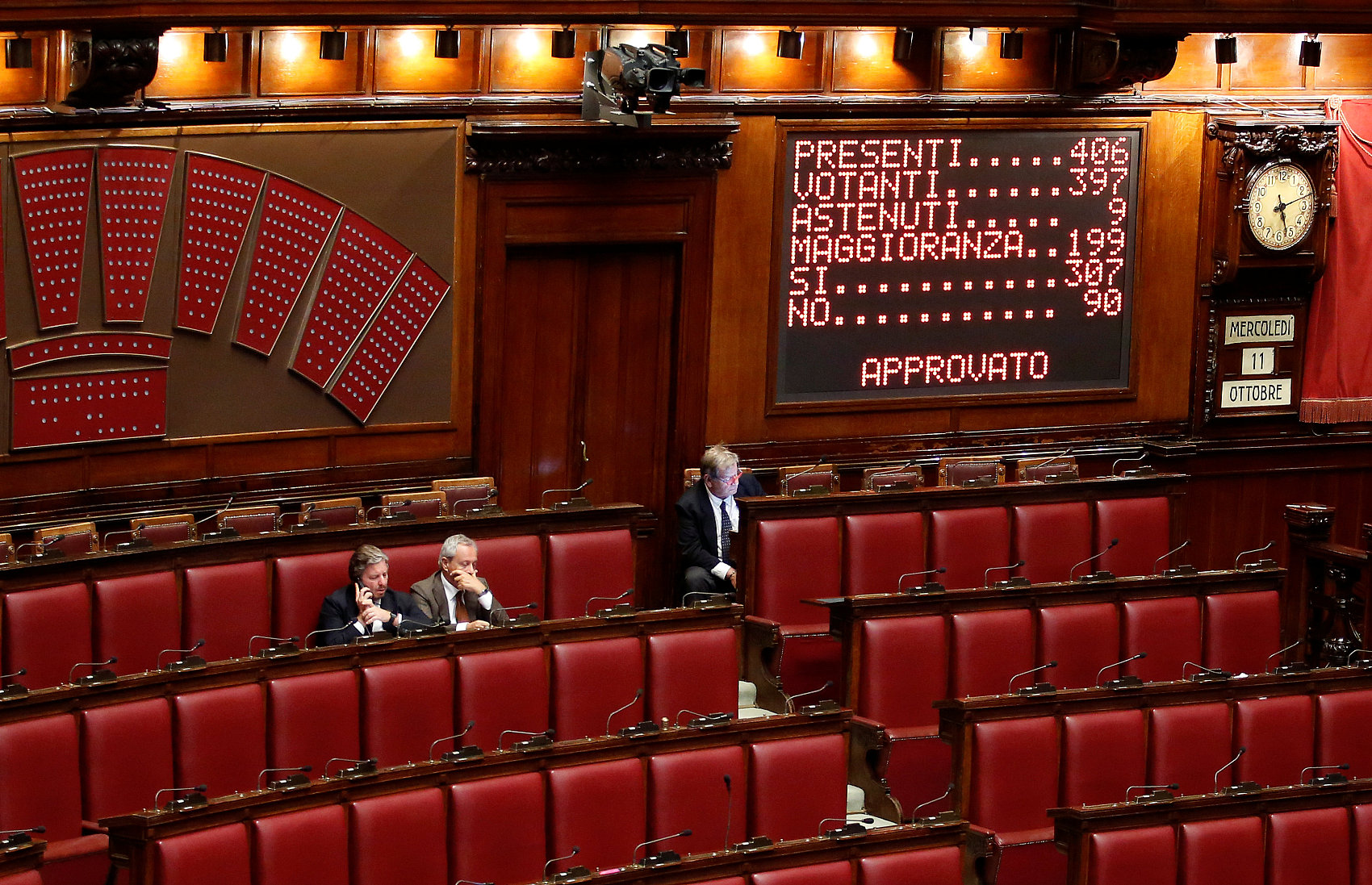 Italy's lower house is seen during a vote for electoral law in Rome, Italy October 11, 2017.（Photo:VCG）

Italy's upper house definitively approved a new electoral law on Thursday.
Senators voted 214 in favor of the bill, to 61 against. The draft law had already been passed by the lower house earlier this month, and needed the final green light of the Senate.
The new law introduces a system in which two-thirds of lawmakers will be elected by proportional representation, and one-third via first-past-the-post. It also provides a three-percent threshold for single parties to enter parliament, and a 10-percent threshold for coalitions.
The bill was supported by the ruling center-left Democratic Party (PD), and two opposition parties -- the center-right Forza Italia (FI) party, and the right-wing anti-immigration party Northern League.
It was strongly opposed by anti-establishment Five Star Movement (M5S), currently the largest opposition force in the country, which staged street protests in Rome on Wednesday. Minor leftist and right-wing opposition groups also rejected it.
To secure the bill, Prime Minister Paolo Gentiloni's center-left cabinet forced its approval through the parliamentary proceedings, calling for five confidence votes on the provision in the Senate (after three confidence votes called in the lower house).
According to Italian law, the cabinet must resign in the event of a negative response to a confidence motion.