WORLD Italians fight hard against surge of coronavirus and xenophobia

Italians fight hard against surge of coronavirus and xenophobia

Rome (People's Daily) - As the pace of virus' spread is accelerating, Italy also witnesses a spike in xenophobia and racist incidents targeting Chinese and Asians.

A total of 888 COVID-19 cases have been confirmed in Italy, with 21 deaths, according to the latest data released by Italian Ministry of Health on Friday. 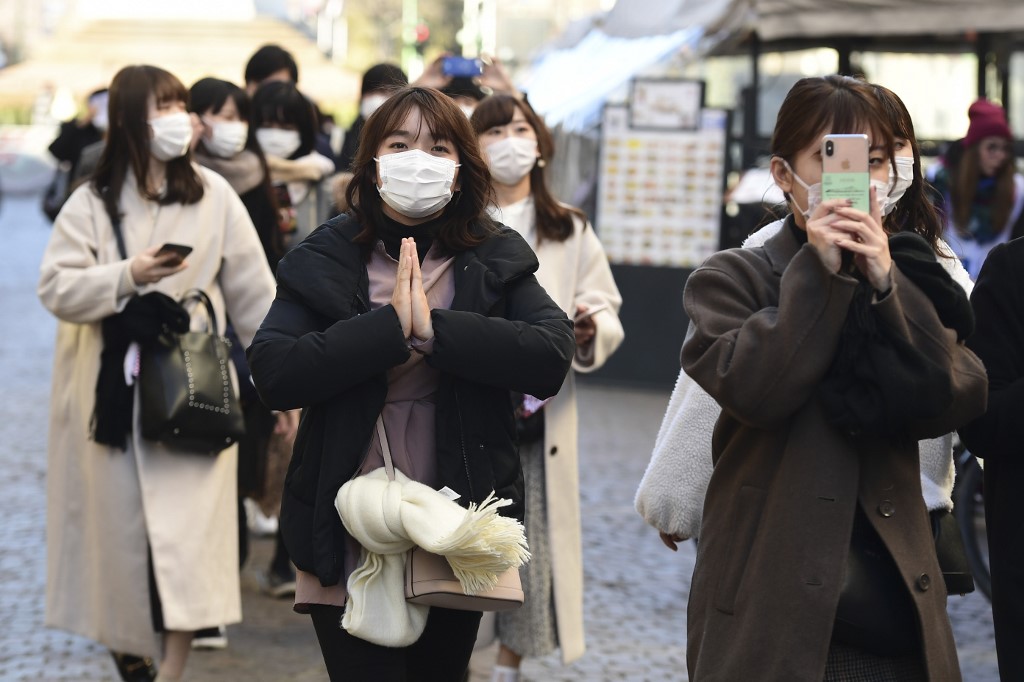 Besides the understandable alert on the coronavirus, an unjustified social alarm also set off: Chinese community and other Asian grops in general are being discriminated, said Francesco Maringio, president of the Italy-China Association for the Promotion of the Silk Road.

According to the Italian National Institute of Statistics(ISTAT), more than 300,000 Chinese nationals are living in Italy.

"Most Italians are kind. Some of my Italian friends are concerned about me," Lv Wei, a Chinese student studying art in Milan told People's Daily. "But the reality is that fighting against virus is a common challenge of the whole world. Our enemies are not only viruses, but also prejudices and discrimination," Lv said.

"Discrimination is not the mainstream among Italian people," said Li Junhua, Chinese Ambassador to Italy, during a TV interview with RAI 3 on February 20.

"Discrimination comes from panic. During the epidemic, confidence and reason are key points," he said. "I believe the law-enforcement department will make efforts to safeguard the legal rights of the Chinese communities."

Chinese businessman are suffering a tough time since the outbreak of COVID-19 with temporary closure of Chinese restaurants and shops.

"Although it sounds ridiculous, but it is true that turnover has been halved. The loss comes from rumors and panic." Tim Lee, owner of an Asian cuisine restaurant in Rome told People's Daily, "But customers will be back when the epidemic is over."

"It is nonsense to be scared. What we need to do is to protect ourselves, and to conquer the virus as China and Italy are striving for", said Laura, one of Lee's regular customers.

She believes some young people are misled by false news and exaggerated information aimed at attracting eyes. 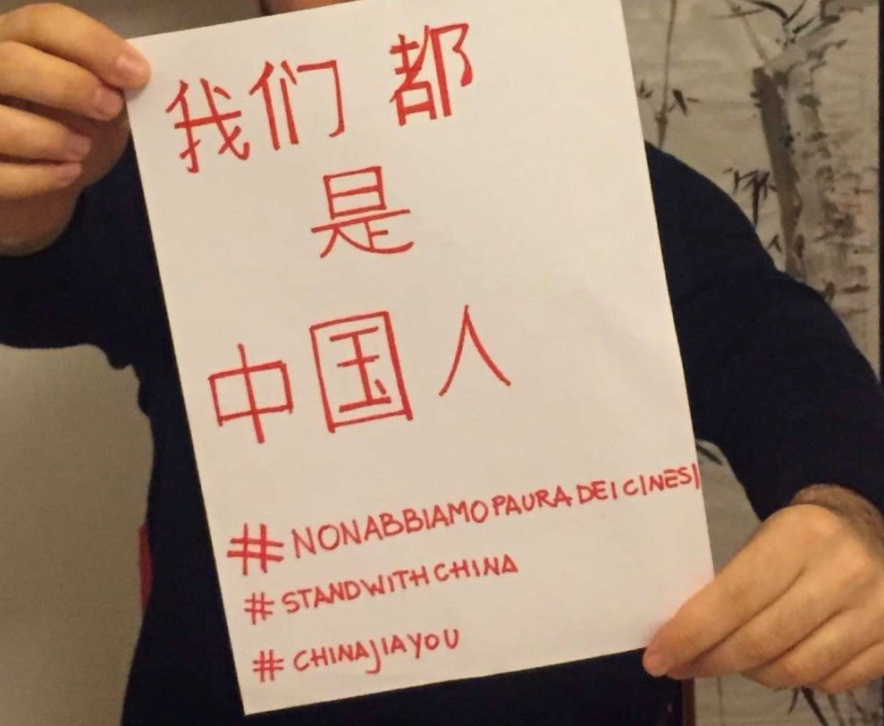 Maringio joined campaign #nonabbiamopauradecinesi on Twitter, which means "we are not scared of Chinese". (Photo provided by Maringio)

"We have witnessed a real lack of empathy among the West by the main media which have revealed elements of deplorable racism and discrimination against Chinese communities living abroad. As a Westerner, I want to apologize to Chinese who are victims of discrimination," said Maringio.

He added that, irrational fear has spread despite the fact that the WHO has on several occasions praised the initiatives taken by the Chinese government to contain the epidemic and combat the virus. Maringio  said he believes it is the sign of a sinophobia made up of a lack of knowledge of the Chinese reality and racist prejudice.

Italy society expressed confidence in, and support for, China. Italian President Sergio Mattarella has visited a Roman school with a high percentage of Chinese pupils, showing his support and fighting against discrimination linked to the coronavirus panic.

Italian Premier Giuseppe Conte said it was "foolish" to discriminate against Chinese.

Dario Nardella, the mayor of Florence, started a campaign on Twitter with the hashtag #AbbracciaUnCinese, which means "Embrace a Chinese person," with the aim of removing the stigma among local people against Chinese amid the coronavirus outbreak.

Maringio joined the campaign #nonabbiamopauradecinesi on twitter, which means "we are not scared of Chinese", conveying that it is inhumane to put the stigma of plague-spreader on any person.

The move were welcomed by many Chinese and supported by lots of Italians. "It's unfair and unacceptable, a mix of ignorance and racism is dangerous", one posted.

"I never understand why these things happened We are standing with you", another wrote.

Chinese communities are fighting for their rights. The Chinese Embassy is working with local authorities to safeguard the benefits of Chinese people.

Massimiliano Martigli Jiang, an Italian-Chinese, stood masked and blindfolded in the centre of Florence next to a sign reading "I am not a virus, I am a human being, free me from prejudice". Many local residents and tourists responded with a friendly hug to him. 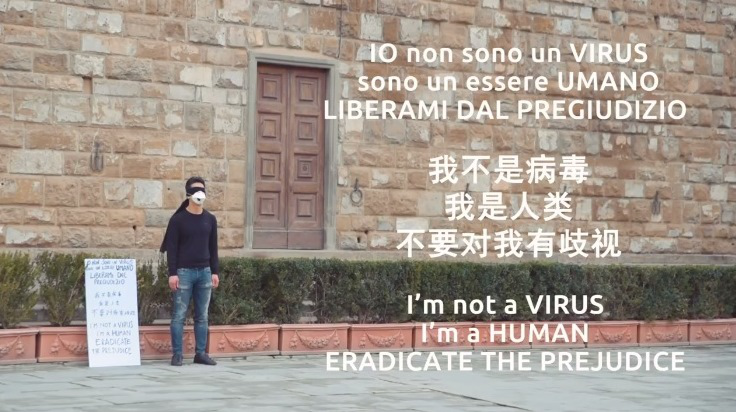 Massimiliano Martigli Jiang stood masked and blindfolded in the centre of Florence. (Photo provided by Jiang)

Maringio stressed "What really struck me was the response of the Chinese community in Italy and the emergence, above all, of second-generation young people, protagonists of very active communication campaigns and solidarity actions capable of really building a bridge between the culture of the origins and the one learned in Europe, since childhood."

"Discrimination and xenophobia have always existed in Western society. The coronavirus outbreak worsened the situation. However, it is gratifying that more and more Italians and Chinese are willing to criticize the racist and fight for their own rights." Lee said.