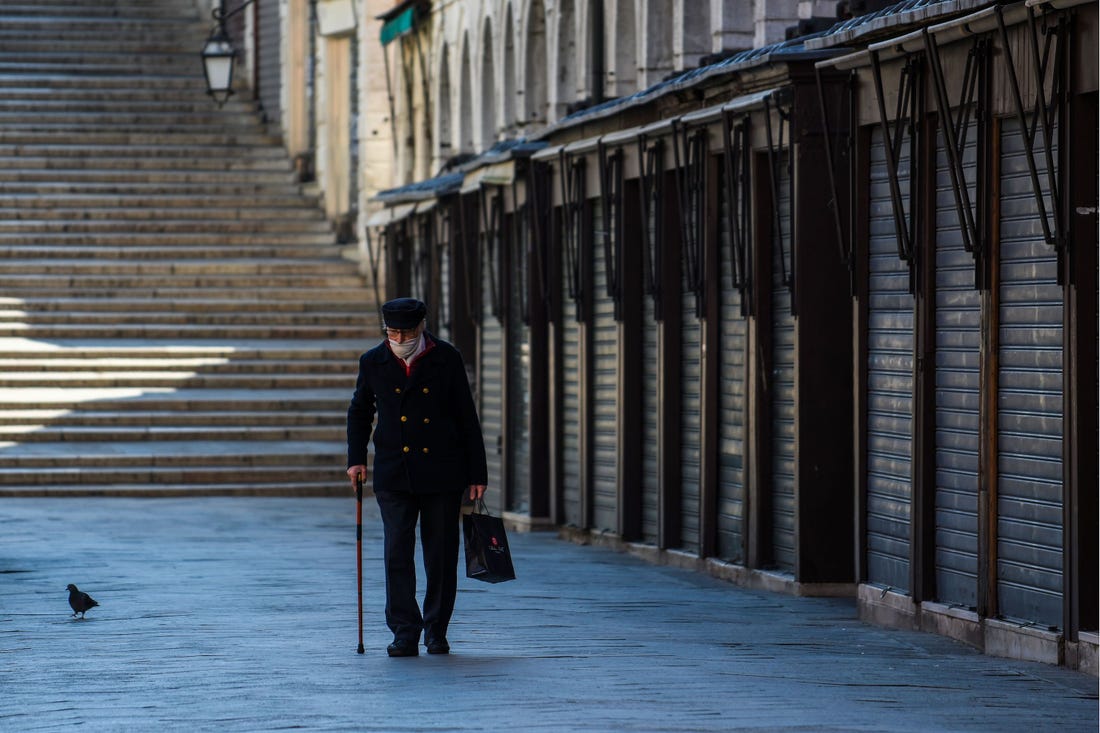 Rome (People’s Daily) - Italy is facing its gravest moment since the Second World War, Prime Minister Giuseppe Conte announced as the total number of infections has soared to 74,386 with a death toll of 7,503 as of Wednesday.

Worse still, an epidemic peak is coming this week, said the World Health Organization (WHO) Wednesday.

"I believe that this week and the first days of the next will be decisive because they will be moments in which the government's measures of 15-20 days ago should find an effect", according to WHO deputy director Ranieri Guerra.

In order to contain the coronavirus, tougher lockdown measures have kicked in Italy after Conte announced the closure of all non-essential productive activity, non-essential business, schools and universities, restaurants and museums until April 3.

“The measures are in the right direction. Finally after many days of hesitation, the Italian government has realized how serious the situation is. However, the current measures are late”, Michele Geraci, a former undersecretary in the Italian economic development ministry, said in an interview with People’s Daily.

Geraci said that people only react when they see the disease hit their friends and families, but people do not have the time to wait until then. The alternative is for the government to give the population a consistent message of the severity of the issue.

With an almost 10% mortality rate, Italy's high rate of death from COVID-19 may be explained by its relatively high proportion of older people.

The actual death rate is probably far lower than what the current numbers suggest. However, unofficial estimates assume the actual number of people infected with the virus is massive.

More than 3,396 people across Italy are receiving intensive care. Italian hospitals, especially in Lombardy, are under huge strain as the number of cases continues to rise. Doctors and nurses are struggling to keep up. Hospitals are running out of beds, lifesaving ventilators, protective clothing and even masks.

According to a local media agency, over 5,000 health workers are catching the virus. Italy's Civil Protection department decided to create a task force of 300 doctors from all over Italy to help treat patients in the worst-hit regions of Lombardy and Emilia Romagna. Until now, nearly 8,000 doctors volunteered to help out on the frontlines of Italy's coronavirus crisis.

To help Italy combat the COVID-19 outbreak, the Chinese government has sent three teams of experts. They have shared their experiences with the Italian side on raising awareness of self-protection of the public and medical staff and clarifying levels of protection for medical institutions.

Conte said Wednesday that the EU's response to the coronavirus crisis must be "mighty, united and swift". Conte called for unity on the health and economic dossiers in the crisis.

"The response, also on the economic and financial level, must be massive, cohesive, and prompt”, said Conte.

Italy faces mounting economic damage from coronavirus. The Milan-based think tank REF has forecast Italy’s economy would shrink by 3% in the first quarter from the previous three months, and contract by a further 5% in the second quarter.

Ferdinando Nelli Feroci, president of the Institute of International Affairs, told People’s Daily that, as a consequence of the pandemic, the world will face what appears, already at this stage, as the worst economic crisis after World War II. “All available forecasts indicate that the impact of coronavirus, on both the demand and supply sides of our economies, will produce a very serious recession”, he added.