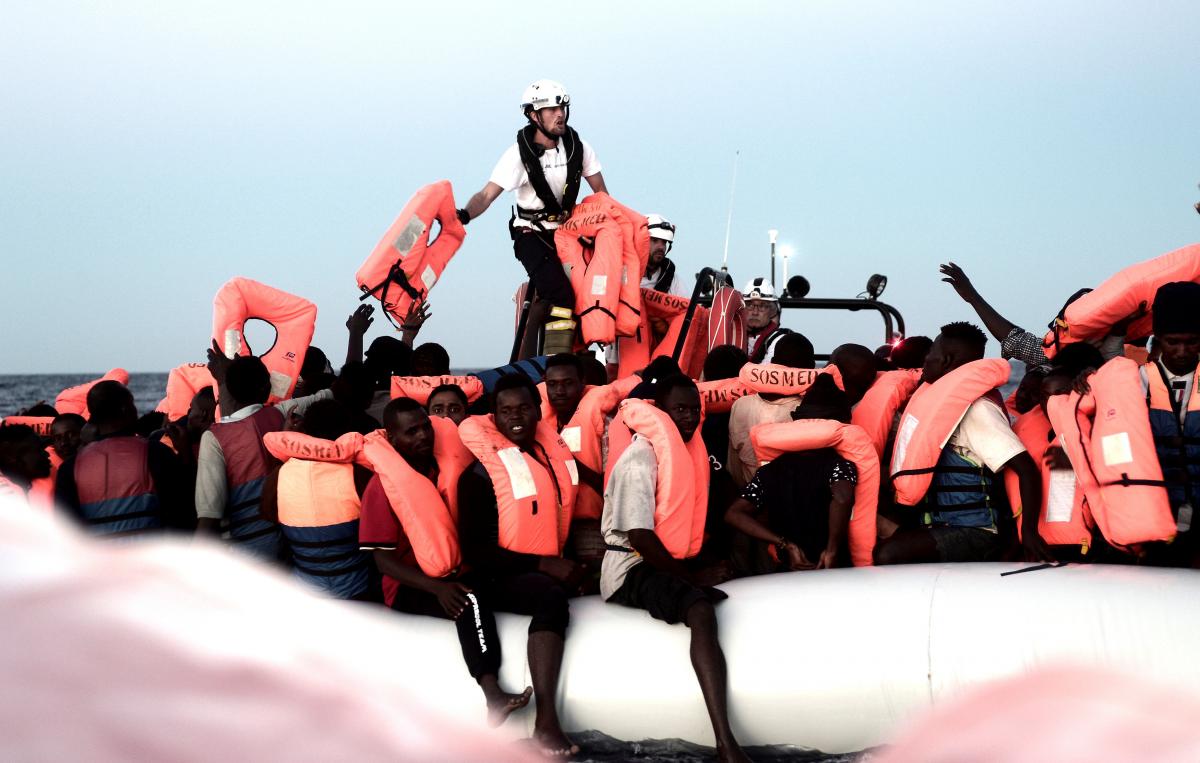 Migrants are rescued by staff members of the MV Aquarius, a search and rescue ship run in partnership between SOS Mediterranee and Medecins Sans Frontieres in the central Mediterranean Sea, June 9, 2018. Picture taken June 9, 2018. (Photo: Reuters)

Italy and Malta had both refused to let the Gibraltar-flagged Aquarius ship, whose passengers include 11 children and seven pregnant women rescued off the coast of Libya at the weekend, to dock, prompting the European Union and the UN refugee agency to call for a swift end to the standoff.

The ship had sailed north toward Italy but Matteo Salvini, the head of the far-right League party who became interior minister this month vowing to curb an influx of migrants from Africa, blocked it and said it should go to Malta instead.

Malta refused, saying it had nothing to do with the rescue mission, which was overseen by the Italian coastguard. The tiny island nation with fewer than a half a million inhabitants says it already accepts more refugees per capita than Italy, which has taken in more than 600,000 boat migrants since 2014.

“Victory!” Salvini tweeted after Spanish Prime Minister Pedro Sanchez, a socialist who took office just over a week ago, gave instructions that the ship be allowed to dock in the eastern port of Valencia.

“To politely raise one’s voice pays off,” Salvini told a news conference in Milan. “It’s something Italy hasn’t done for many years.”

Italian Prime Minister Giuseppe Conte said on Facebook that Spain’s offer meant Italy was “no longer alone” and now it was time to make EU asylum rules “more fair for everybody”.