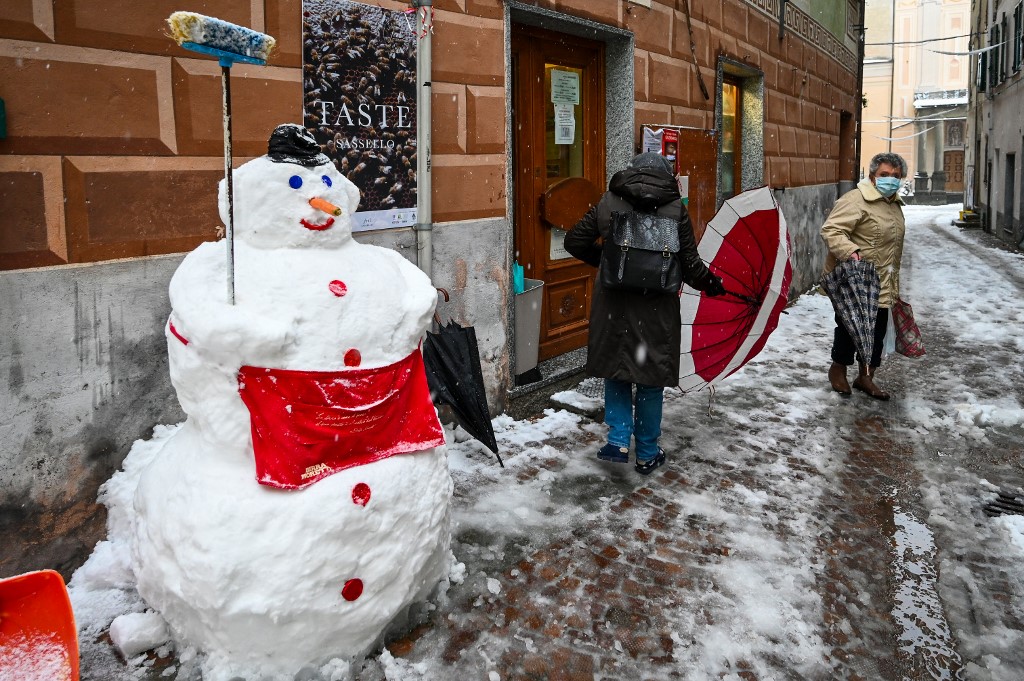 Italy on Thursday announced national travel restrictions for the Christmas holidays designed to limit the spread of Covid-19 in the European country first hit by the pandemic.

The new rules, together with an existing curfew and other regulations already in place, seek to curb circulation throughout the country during the festive period by limiting the number of gatherings.

Earlier this year, a punishing lockdown of all Italy's 60 million residents helped bring the outbreak under control, but the government is trying to avoid missteps made over the summer after the lockdown lifted, when the return of vacationers fuelled a new rise in cases.

"If we let down our guard now, the third wave is just around the corner," Health Minister Roberto Speranza told parliament on Wednesday.

Travel between Italy's regions will be prohibited from December 21 through January 6, with people barred from travelling outside their own towns on December 25, 26 and January 1.

The decree includes the "strong recommendation" to avoid hosting those who do not live together.

Other regulations set to be signed later on Thursday are expected to mandate a 10-day quarantine for those arriving in Italy from foreign countries, beginning on December 20.

The move is in part designed to prevent Italians from travelling to ski slopes that are still open in neighbouring EU countries.

The government is expected to retain a colour-coded risk-based system that imposes varying levels of anti-coronavirus restrictions on different regions.

Bars and restaurants are expected to remain closed in regions in red or orange zones. A current 6 pm closure in yellow zones may remain, as may a nationwide 10 pm curfew.

In yellow zones, where eateries are open but required to shut at 6 pm, the government is debating whether to allow restaurants to serve lunch on Christmas Day and December 26.

Ski slopes are expected to be off-limits, as well as cruises.

The health ministry reported 20,709 new cases on Wednesday and 684 deaths, bringing the cumulative toll to more than 1.6 million infections.