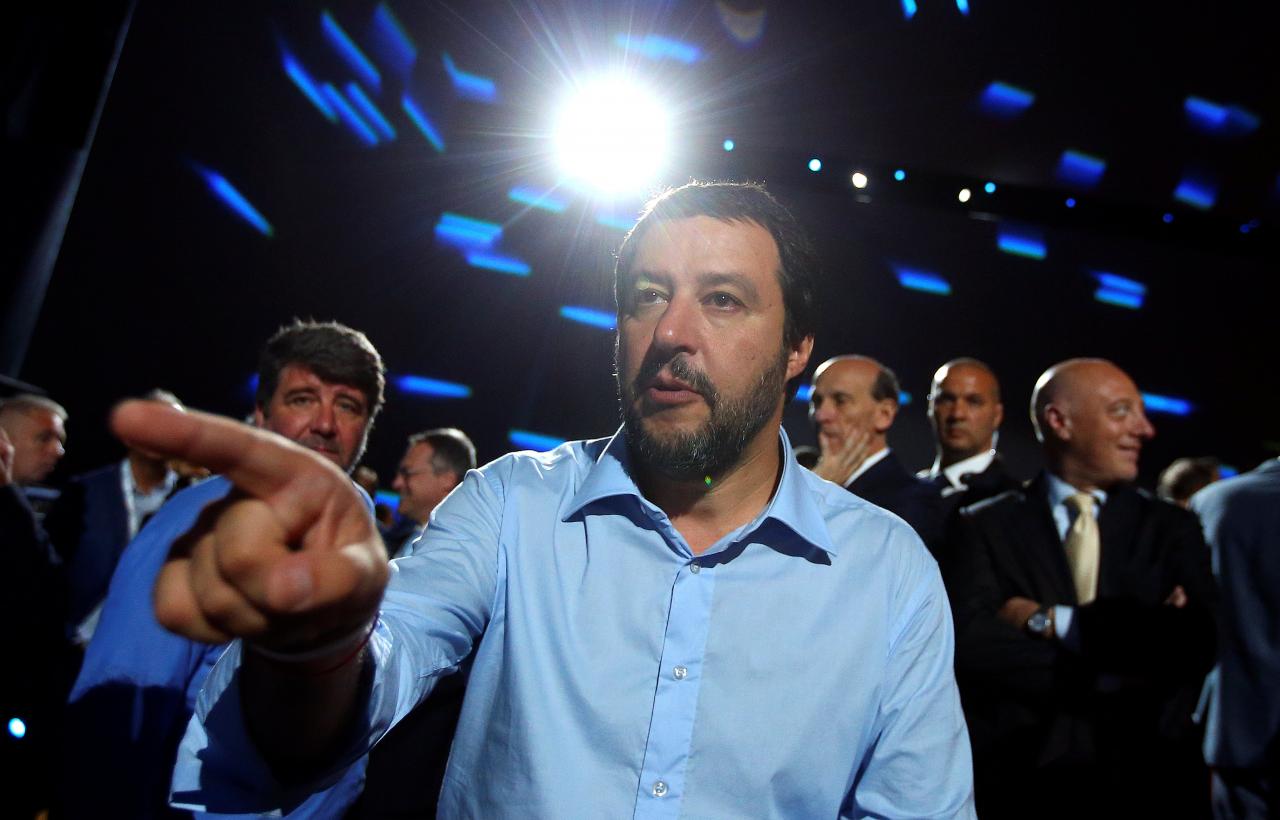 Italy on Saturday demanded that the Netherlands recall two Dutch-flagged migrant rescue ships after one of the non-government organizations that operate them called the interior minister a fascist.

Salvini, who is also leader of the right-wing League and deputy prime minister, posted remarks on Facebook and Twitter in an escalating row with NGOs as one ship, the Aquarius, headed to Spain after being banned from Italian ports.

Salvini has vowed to continue to block foreign humanitarian boats from Italian ports as Europe wrestles with how to share the responsibility of handling migrants trying to enter the EU from war zones and poor countries, largely across Africa and the Middle East.

Salvini, who has emerged as the most outspoken member of Italy’s two-week-old government, said on Facebook that two other foreign NGO ships, the Lifeline and the Seefuchs, were off the coast of Libya waiting to pick up migrants abandoned by human traffickers.

“They should know that Italy no longer wants to be an accomplice in the business of illegal immigration and therefore they will have to aim for other, non-Italian, ports,” Salvini said. Both ships fly Dutch flags.

Italy says humanitarian NGOs are being exploited by human traffickers, a charge the NGOs deny. Rome says only migrants rescued by Italian ships can be brought to Italian ports.

Following Salvini’s Facebook post, one of the NGOs, Mission Lifeline, tweeted in German “When fascists promote us ...”

An irritated Salvini tweeted back, saying “insults and threats will not stop us” and that Italians would run their own country.

Hours later, Transport Minister Danilo Toninelli said on Twitter that “Holland should make them come home,” saying the rescue missions were in violation of codes of conduct because they did not have adequate means or personnel and could endanger lives.

Mission Lifeline tweeted that they are “in full respect” of conduct codes.

Demonstrators at a march in Rome for labor rights showed solidarity with the migrants, holding up placards such one calling on the government to “Open the ports and the wallets”.

The exchange of barbs took place a day after Italy and France tried to bury the hatchet following a diplomatic squabble over Rome’s refusal to accept the Aquarius.

The ship was off the coast of the Spanish island of Majorca on Saturday morning and was expected to arrive in Valencia on Sunday. It originally carried 629 migrants but some were later moved onto two Italian vessels escorting it to Spain.

Meanwhile, a poll published in Italy’s Corriere della Sera newspaper showed that 59 percent of Italians agreed with the government’s decision to block non-Italian ships, saying it would discourage human traffickers from trying to smuggle migrants in the first place.

It showed that 68 percent of Italians feel Salvini has done well to “raise his voice” because in this way the rest of Europe would take heed of Italy’s worry that it could become what he has called “one big refugee camp”.

More than 1.8 million migrants have arrived in Europe since 2014, and Italy is now sheltering more than 170,000 asylum seekers, as well as an estimated 500,000 unregistered migrants.

A European Union summit will discuss the bloc’s asylum rules at the end of the month.