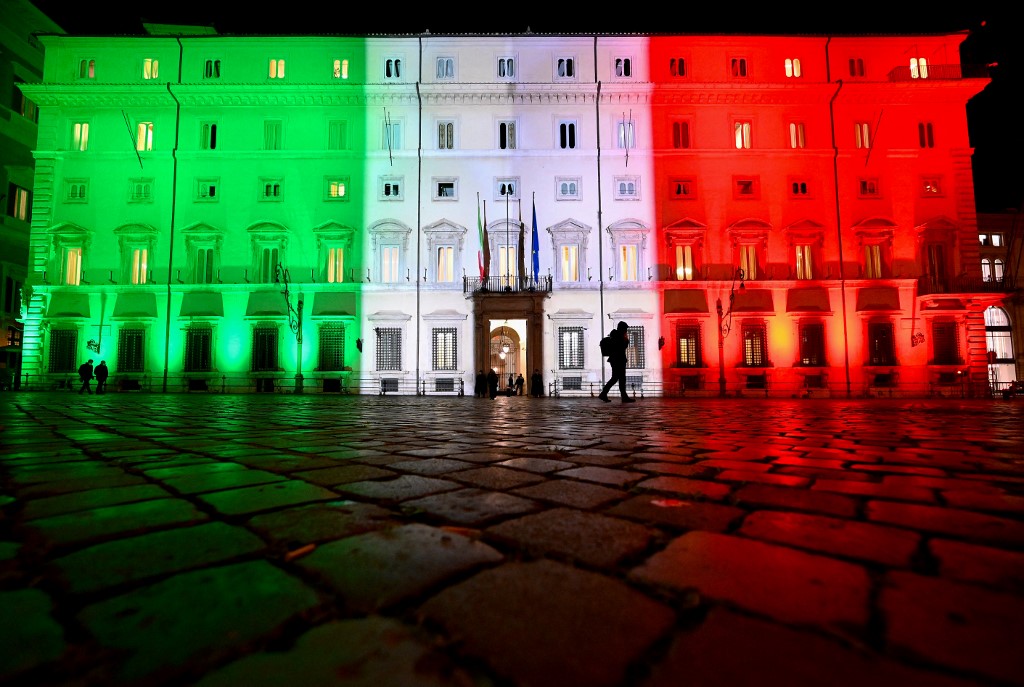 A view taken on January 12, 2021 in Rome shows the Palazzo Chigi, the seat of the Italian government, lit with the colors of the Italian flag. (Photo: AFP)

The decision came after Foreign Minister Luigi di Maio summoned the Russian ambassador to Italy Sergey Razov in the morning.

The Carabinieri said their ROS unit carried out the operation in coordination with Italy's domestic intelligence agency and the Defence General Staff.