Italy far-right clash briefly with cops during day of demos 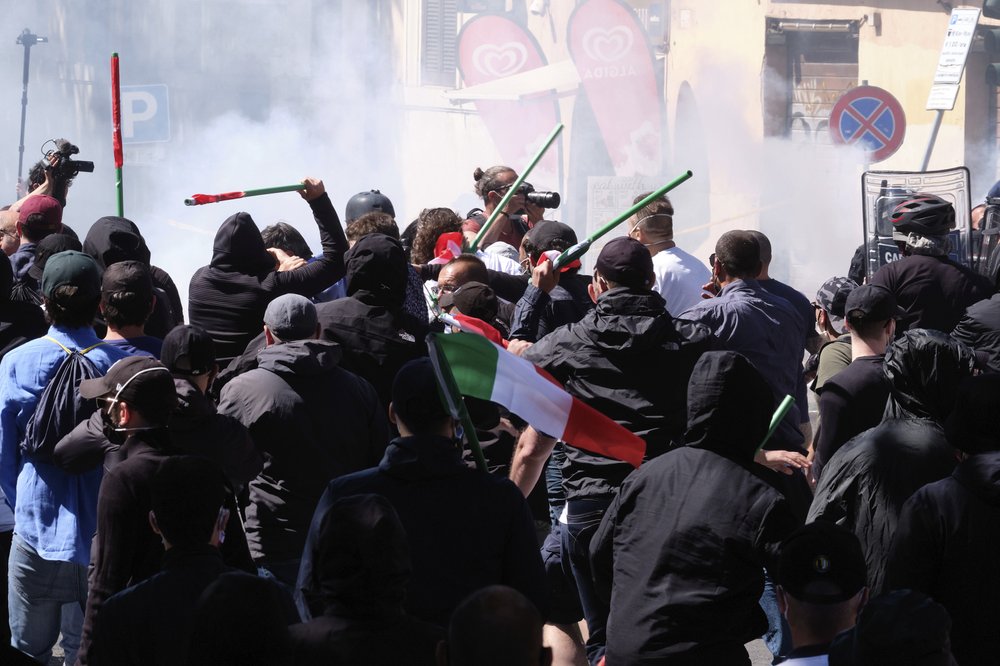 Right-wing supporters face police during a demonstration against the government in Rome, Saturday, June 6, 2020. (Photo: AP)

Right-wing protesters briefly confronted journalists and police in Rome on Saturday during a day of demonstrations around the country.

Soccer “ultras” and supporters of the far-right Forza Nuova movement massed on Rome’s downtown Circus Maximus field for an anti-government protest. Some made the fascist Roman salute.

At one point, some of the protesters tried to chase journalists away with bottles and flares. A line of riot police moved in, sparking several minutes of tension before the crowd moved elsewhere.

Another anti-government protest was held in Milan.

Also in Italy on Saturday, hundreds of people demonstrated in front of the US Consulate in Naples to show solidarity with George Floyd, the black man who while handcuffed had a white Minneapolis police officer’s knee pressed on his neck and whose death has sparked a week of protests in the US and beyond.