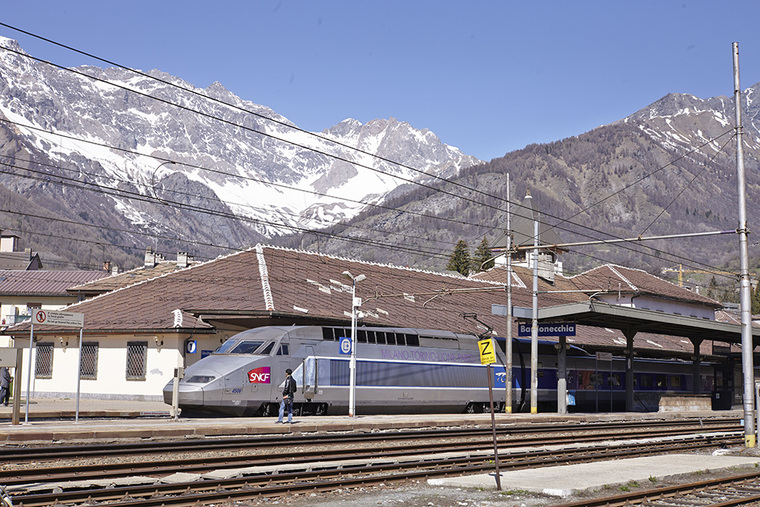 Italy’s coalition government frayed further Friday over the stalled high-speed rail line to France, with the League insisting it go ahead and the 5-Star Movement refusing to fund the next phase until the whole deal is renegotiated.

With a Monday deadline looming for contract bids to go out, League leader Matteo Salvini warned he was prepared to “go to the end” to prevent the project from being blocked.

Five-Star leader Luigi Di Maio rebuked him for the threat to bring down the government, arguing that the League agreed in their joint contract to renegotiate the terms of the rail line.

The two ruling parties have long been at odds over the project, which envisages a 35.7-mile (57.5-kilometer) tunnel link between Turin and Lille. It’s part of an European Union project to connect southern Spain with eastern Europe.

The League backs the project as an infrastructure improvement sought by its northern entrepreneurial base; the 5-Stars have long been ideologically opposed and say the money could be better spent elsewhere.

Di Maio and Premier Giuseppe Conte have both cited a technical study released recently by the 5-Star transport minister that said the costs of the project outweighed is benefits. The study’s methodology has been criticized as flawed.

The government is seeking to renegotiate the terms of the deal, with Di Maio saying Friday he wanted a “wholescale re-discussion” of the funding, which currently envisages the EU paying for 40 percent of the rail link and Italy and France paying the rest.

He said he didn’t want any more taxpayer money spent until renegotiations begin.

Salvini, for his part, acknowledged the contract called for a revision of the project but said blocking it was a non-starter for the League.

“We’ve already spent money to dig a tunnel, I’m convinced that it’s better to spend more to finish it,” he tweeted, warning that the League would vote against any measure to block it.

The tensions underscore the fragility of the government before European Parliament elections in May, with polls showing the League ahead of the 5-Stars and being wooed by its longtime center-right partner, ex-Premier Silvio Berlusconi’s Forza Italia.

The EU has confirmed it has had contact with Italian officials in recent days about the terms of the deal.

The French transport ministry reaffirmed its commitment to the project but said in a statement Friday “it has always respected the Italian government’s wish to reflect on the project and is naturally open to a discussion among partners.”