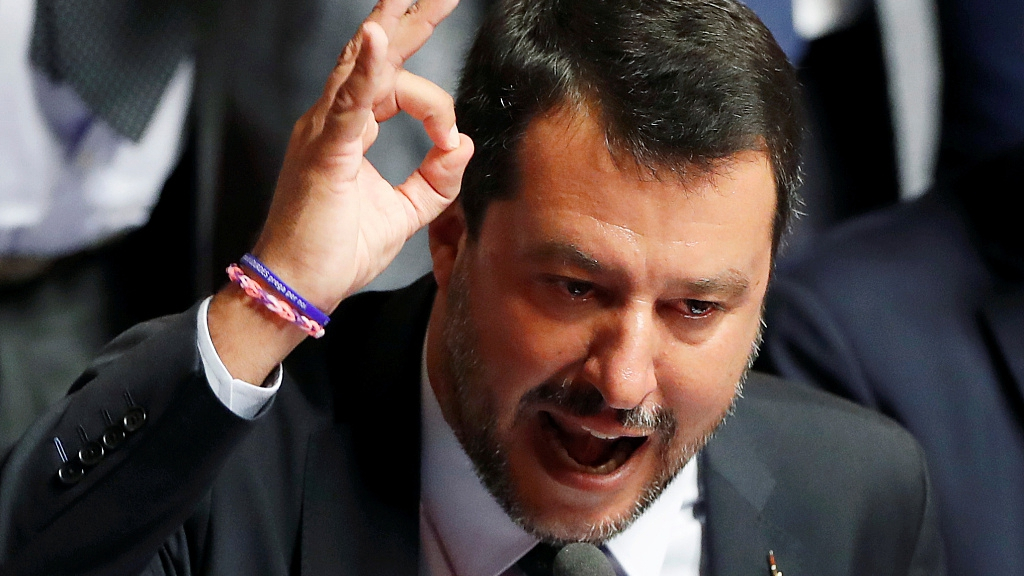 Italy's far-right League Party is closing down on the country's Roma community, a community that is full of culture and history but finds itself unwanted, discriminated against and a victim to hate crimes. The strong anti-immigration rhetoric of Interior Minister Matteo Salvini has only made the situation worse for the Roma.

Together with the Sinti and Caminanti, the Roma community is traditionally made up of nomadic ethnic groups. It is estimated that there are about 25,000 people belonging to these groups that live in shelters in Italy's so-called "illegal" shelters and authorized camps.

The entrance of Roma camps are guarded by police cars. Entering is not advised and police warn of potential dangers inside. Citizens that quickly come to the gate emphasize that they do not want to be filmed.

In July Salvini ordered officials to draw up a map of the Roma presence in Italy. The data is supposed to create a baseline for action, as Salvini wants to send the non-Italians back to their country of origin. This has caused human rights groups to voice concern. According to the 21 July Association that works with Roma people, there are 127 camps in 74 cities across Italy where the Roma communities live. But the Italian Interior Ministry wants to eventually close all of them, starting with illegal settlements first and then shutting down authorized camps as well. Where they would be re-settled is still a question mark.

Aurora Sordini, a lawyer advocating human rights for the Roma community in Italy with the 21 July Association, explains that she agrees the camps must eventually be shut down. However, she stresses that the government must first present viable solutions for housing, work, health and school inclusion.

Salvanovic Dzemila, who is part of the Roma community, works as a cultural mediator for the July 21 association. She says she personally experienced "a lot of racism, in recent times there is more racism against the Roma people, there is more fear; we do not know what can happen, we do not plan the future, we feel like we are unstable."

Dzemila explains that the locations of the camps also make life even more challenging for the Roma as many are located on the outskirts of the city. This makes it very difficult for those living there to reach bus stops, doctors and other critical city services. For those who do not have any access to such services, which is quite often the case, having a medical situation is very distressing, and forces them to be dependent on others.

Nevertheless, community members mostly keep to themselves and are concerned over the increasingly negative attitude towards them. With the Interior Minister Matteo Salvini's anti-immigration rhetoric becoming stronger, more challenging days are likely ahead for the Roma communities struggling in Italy.