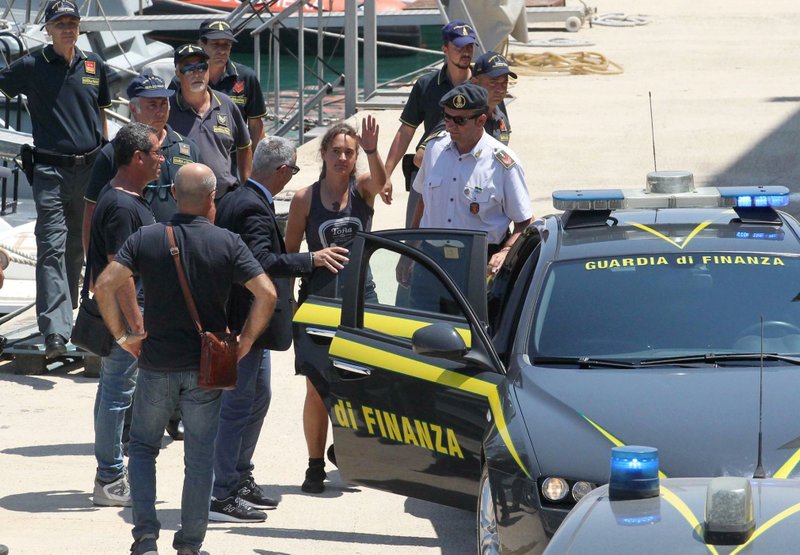 The sea captain who rammed a German aid group’s rescue ship into an Italian police boat while trying to bring 40 migrants ashore should be freed from house arrest, a judge in Sicily ruled Tuesday night.

Police arrested Carola Rackete, 31, before dawn Saturday after she steered the ship to a dock at Italy’s tiny Lampedusa island without authorization to enter the port and in defiance of Italy’s anti-migrant interior minister.

Nonprofit group Sea-Watch tweeted “Our #Carola is free” after the state broadcaster reported the ruling.

Rackete has become a cause celebre in much of Germany and in Italy, especially among those who oppose the populist Italian government’s crackdown on private rescue boats that ply the Mediterranean to pull migrants from unseaworthy vessels launched by smugglers from Libya.

But she has also become the object of Interior Minister Matteo Salvini’s wrath for her defiance. Salvini has repeatedly said he would have her expelled from Italy.

“Ignoring the law and ramming a motorboat of border police officers aren’t enough motives to go to jail,” Salvini tweeted sarcastically after the house arrest ruling was announced.

Speaking live via Facebook, Salvini said the decision “goes against Italy and the law.” Italians are “good, yes, fools, no,” he said.

Any expulsion would require judicial procedures that could take time. Also, Agrigento prosecutors want to interrogate Rackete on July 9 in a related probe of allegedly abetting illegal immigration.

Rackete’s lawyer was not immediately available for details, and the Agrigento courthouse was closed Tuesday night.

Earlier in the day, Sea-Watch said the captain acting in accordance with international law when she forced her way into port in Lampedusa with the rescued migrants on board.

In Germany, Sea-Watch spokesman Ruben Neugebauer said Rackete had announced her plans to dock after declaring an emergency 60 hours earlier and compared the situation to a police vehicle preventing an ambulance from reaching a hospital.

Supporters in Italy and Germany have pledged over 1.3 million euros ($1.48 million) for Sea-Watch in recent days.