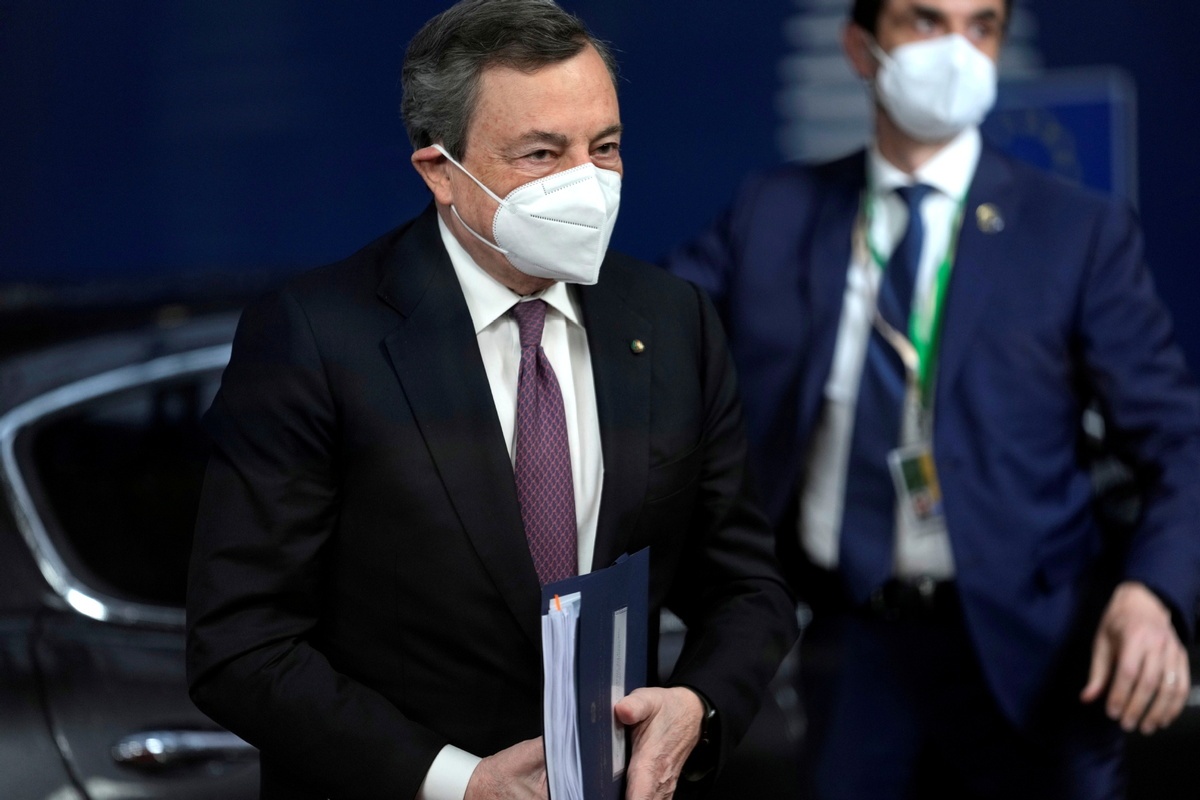 ROME - Italian Prime Minister Mario Draghi on Thursday signed a decree to create "green pass," a digital proof that the holder is not infected by the coronavirus.

The system, which became operational just hours after Draghi signed the decree, produces a unique QR code a holder can have on their smartphone to prove they have been vaccinated, that they are immune to the virus after an infection in the last six months, or that they have recently tested negative for the coronavirus. For those who do not have a smartphone, the certificate can also be printed out. The system is only open to Italian residents.

The European Union (EU) is set to produce its own version of the "green pass" starting on July 1. Those certified in Italy will automatically qualify for the EU version of the pass when that system becomes operational.

The scheme goes into effect during a period when the country's main coronavirus indicators are showing a dramatic improvement, and while the country's vaccination program is working smoothly.

The country's vaccination program is a major factor behind the improved indicators. As of Thursday, Italy has administered more than 44 million vaccine doses, and 14.8 million people -- the equivalent to 27.3 percent of the country's population aged 12 or older -- have been completely vaccinated.

The "green pass" is part of an effort for Italy to restart its massive tourism sector, which was crippled last year due to the lockdowns tied to the pandemic. The tourism sector accounted for more than 13 percent of Italy's gross domestic product (GDP) in 2019, according to the data firm Statista. But in 2020, that figure dropped to barely half normal levels amid the pandemic -- just 7.0 percent of the country's diminished GDP.

The new "green pass" is open to all residents of Italy who can qualify based on health status, even those who are not part of the country's national health system. Registration is available without cost, and the forms are available in Italian, English, French, and German with other languages likely to be added in the future.

To be eligible based on health status, an individual must have had their first vaccine dose at least 15 days earlier, their second dose at least two days earlier, the same day as a negative test result, or within one day of being declared recovered from COVID-19, the diseased caused by the coronavirus. The certificate will remain valid for nine months after the last vaccine dose, for 48 hours after a negative test, and for six months after recovery from COVID-19.

The pass will be required for attending large gatherings, and starting on July 1, will be valid for quarantine-free travel within the EU.