Italy may reimpose new coronavirus-related restrictions next week in an attempt to stem a surge in cases, a government official said on Sunday. 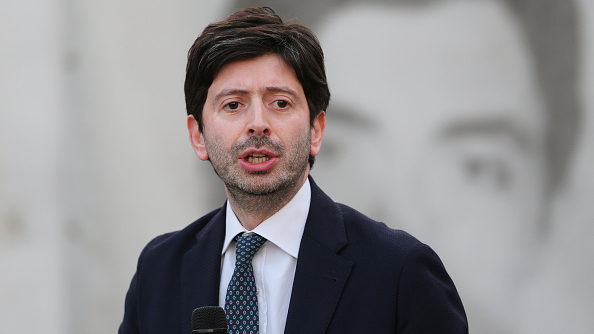 The Italian Minister of Health, Roberto Speranza, speaks at a past event. /Getty Images

Italian Minister of Health Roberto Speranza told state broadcaster, RAI, that though Italy was not as badly affected as some other European nations, they were not clear of the pandemic.

"The battle isn't over. We don't have the numbers seen in other European countries ... but we are in a phase of significant growth and I hope the country finds a spirit of unity," he said.

Some of the proposals under consideration prior to a cabinet meeting next week include: making the wearing of masks obligatory outdoors countrywide and re-introducing curbs on social gatherings.

"Masks are fundamental. The more we can get them used by Italians the better it will be."

There is concern about Italy's southern regions which appear to be susceptible to the disease this time round as flare-ups are reported.

Italy reported 2,844 new cases on Saturday, the highest number since the end of April, when the state was under a countrywide lockdown.

Italy, like a number of European countries, is facing a resurgence in coronavirus cases. Some countries have reimposed restrictions while others are contemplating the level of restrictions they should implement to stem the tide.