WORLD Italy may head back to election as soon as July 29: sources

Italy may head back to election as soon as July 29: sources 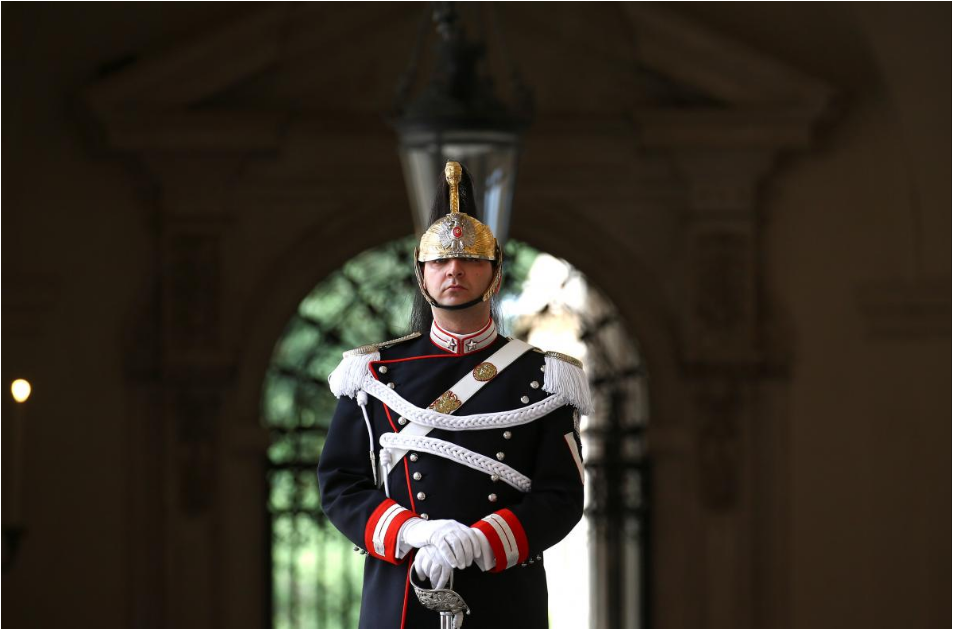 A member of the Italian elite military unit Cuirassiers' Regiment, who are honour guards for the Italian president, stands guard inside the Qurinal palace before Carlo Cottarelli meeting with Italy's President Sergio Mattarella at the Quirinal Palace in Rome, Italy, May 29, 2018. (Photo: Reuters)

Italy’s Prime Minister-designate Carlo Cottarelli is considering giving up his mandate to form a government to open the way for an election as early as July 29, two party sources said on Tuesday.

Such a move would require President Sergio Mattarella to dissolve parliament in coming days. If there were to be a vote at the end of July, caretaker Prime Minister Paolo Gentiloni will stay in power until the vote, party sources said.