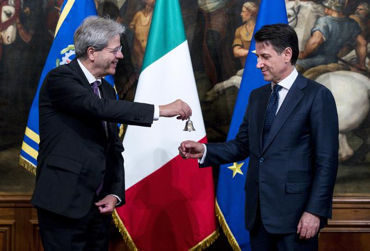 June 2 marked Italian National Day and people across Italy had more than one reason to celebrate. In three months, the country will have a new government. Also over the weekend, Giuseppe Conte was sworn in as Prime Minister while the anti-establishment Five Star Movement (M5S) and rightist League formed a new populist government temporarily ending the country’s political crisis.

Recently, Italy’s political landscape has been turned upside down, marred by complicated relationships with the European Union (EU) and a weak electoral system, tremendous uncertainty lies ahead and such issues poses great challenges for Italy and the EU.

We should expect some turmoil in the markets as investors try to understand how the political (and policy) situation will develop.

The relationship between Italy and the EU has been changing for some time. Italy is becoming more assertive and less patient with Europe as a constraint on domestic politics. Italy is not the only country in that situation. The difference is that Italy used to accept European constraints while other countries did not. Now Italy is becoming more "normal" and the rest of Europe will have to adapt.

The M5S and the Lega did very well in the election. M5S is the country’s largest political party and yet it has never been in national government. The Lega is the largest political party on the center-right and it has never been in a leadership position. They are both new to top-level politics. They are learning on the job. The centrist parties are also learning what it means to be in opposition. And the President of the Republic is trying to strike a delicate institutional balance to ensure that these new parliamentary dynamics remain contained. What makes this all so complicated is that there are so many pieces moving at the same time. The political landscape has been turned upside down with around 55 percent of the voters supporting populist parties like the League and the Five Star movement. Meanwhile, the old established parties like Partito Democratico and Forza Italia will struggle to recover. It is a major re-alignment of politics. It is no longer about center-left versus center-right, but a fight between those open to globalization, cosmopolitan communities and those who want to defend the sovereignty of the country, close the borders and talk about Italy first.

It is set to become more rancorous. The next government in Rome will adopt a more combative approach on key issue like fiscal targets, migration, Eurozone integration. Nevertheless, Italy’s exit from the Eurozone remains very unlikely. The wave of populists and anti-establishment forces is still on, and this will continue for the foreseeable future across Europe.

A poor electoral system, a political culture based on conflict rather than cooperation and the fragmentation of the political system have created a toxic mix that has badly affected governance.

The present situation is the result of the failure of PD governments combined with a growing distrust of traditional elites by a large segment of Italian society and continuing poor economic performance which has eroded middle class standard of living and left unemployment high particularly in the South and among young people.

Italy's future relationship with the EU is more complicated than in the past, but I do not think that Italy will drop out of the Euro.

In a tri-polar situation like Italy the only electoral systems that work are those with a second round, like in France or like the one that Renzi proposed- the Italicum.