WORLD Italy PM blames an outbreak of coronavirus on hospital

Italy PM blames an outbreak of coronavirus on hospital 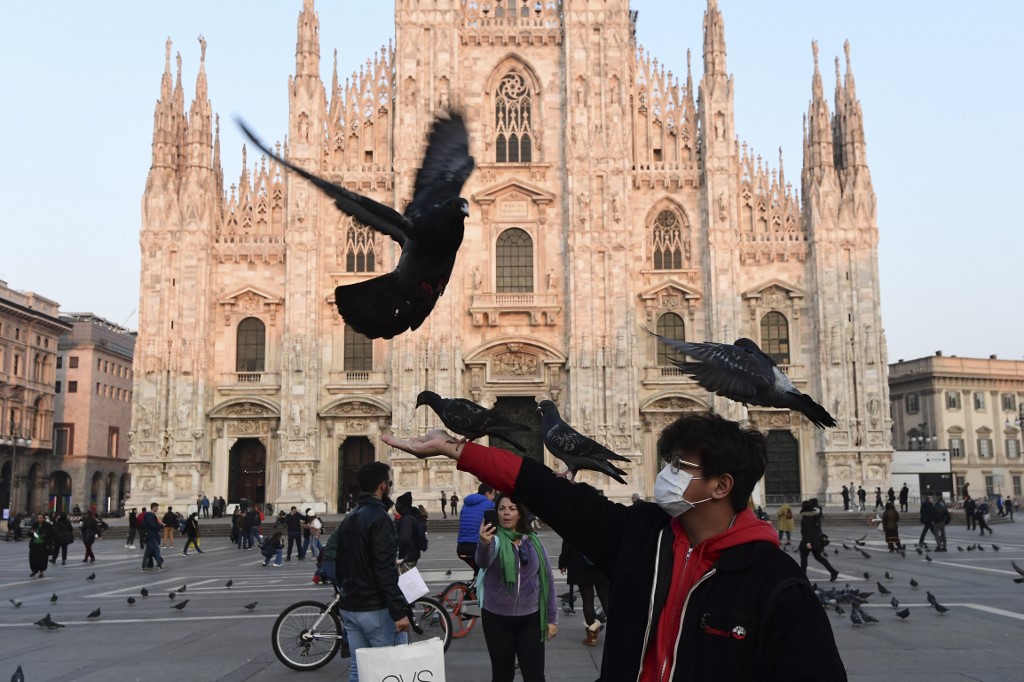 A man wearing a protective facemask plays with pigeons in the Piazza del Duomo in central Milan, on February 24, 2020 following security measures taken in northern Italy against the COVID-19 the novel coronavirus. (Photo: AFP)

Italian Prime Minister Giuseppe Conte has blamed the management of a hospital in northern Italy for one outbreak of the new coronavirus.

"At this point, we know that the way one hospital facility was managed was not entirely appropriate," Conte told Italian TV on Monday evening.

"That certainly contributed to the spread," he said, without naming the institution concerned.

The main centre of infection has been the town of Codogno, around 60 kilometres (35 miles) to the south of Milan.

Codogno and several other towns in northern Italy have been put under isolation measures in an attempt to stem the spread of the virus.

Italy has seen a huge jump in cases -- from 6 to 229 since Friday -- meaning it has the biggest number of confirmed infections in Europe.

However, on Monday the rise in new cases stabilised, with only 10 further infections reported.

Seven people in Italy have so far died after catching the virus, all of whom were either elderly or had pre-existing conditions.