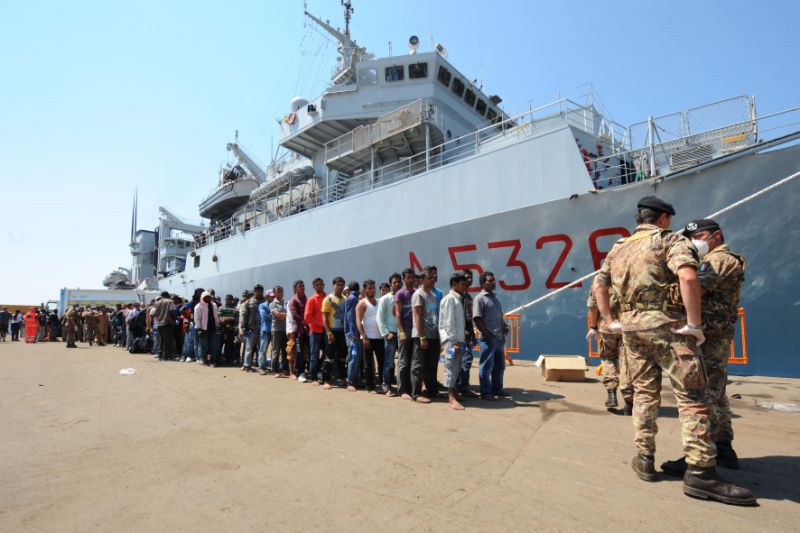 Italian Prime Minister Paolo Gentiloni said on Sunday he would propose to parliament transferring some of the country’s troops stationed in Iraq to Niger to fight people smuggling and terrorism.

Gentiloni said Italy’s 1,400-strong military presence in Iraq could now be reduced after victories against Islamic militants and instead deployed in the Sahel region of West Africa.

“We have to continue to work, concentrating our attention and energies on the threat of people trafficking and terrorism in the Sahel,” he said aboard the Italian ship Etna used in the European Union’s “Sophia” operation to counter people smuggling in the Mediterranean.

“For this reason, part of our forces in Iraq will be deployed to Niger in coming months - this is the proposal the government will make to parliament,” Gentiloni said.

He did not specify how many people would be sent to Niger. Newspaper Il Fatto Quotidiano wrote on Sunday that the contingent would be “at least 470” as part of a commitment made to French President Emmanuel Macron.

Macron has thrown his weight behind a French-backed West African force known as the G5 Sahel, which includes the armies of Mali, Mauritania, Niger, Burkina Faso and Chad, which was set up in October to tackle Islamist militants.

To give the force a boost, Macron held a Paris summit on Dec. 13 attended by the leaders of the five participating countries, Germany and Italy as well as Saudi and Emirati ministers.

The Italian parliament is expected to be formally dissolved by the end of this year ahead of March elections. But it will continue to meet for “ordinary administration” and could approve Gentiloni’s request for the transfer of military personnel.