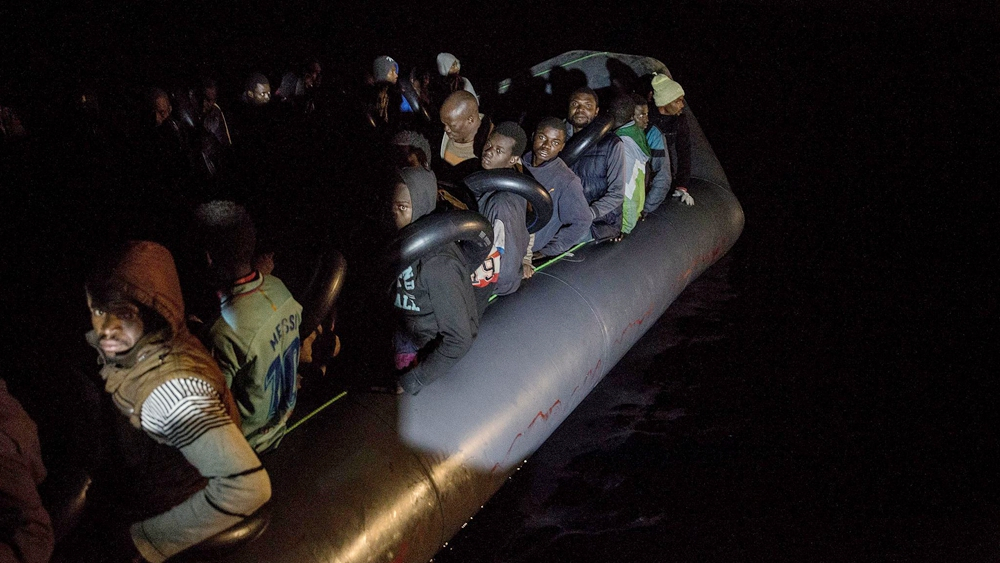 Italian ports were closed on Saturday to a migrant rescue charity ship carrying over 300 migrants rescued off Libya including a mother and her newborn baby.

After Spanish NGO, Proactiva Open Arms, requested the Italian government to allow the men, women, children, and babies rescued on Friday to disembark in Italy after Malta turned them away, Interior Minister Matteo Salvini tweeted: "My answer is clear: Italian ports are closed!"

"For the traffickers of human beings and for those who help them, the fun is over," tweeted the minister, referring to his previous claim that some migrant rescue ships have become a taxi service for the migrants.

The newborn baby and his mother were, however, evacuated by helicopter to a hospital in Malta, the charity's founder Oscar Camps said in a tweet on Saturday.

"We continue with 311 people on board, without port and in need of supplies."

The NGO posted a video of some of those rescued from "a certain death at sea."

"If you could feel the cold in the images, it would be easier to understand the emergency. No port to disembark and Malta's refusal to give us food. This isn't Christmas."

The NGO's vessel started patrolling the Mediterranean with two other boats run by migrant aid groups off the Libyan coast in late November.

This area of the Mediterranean has been the most deadly for migrants attempting the crossing to Europe.

More than 1,300 migrants have perished trying to reach Italy or Malta since the beginning of the year, according to the International Organization for Migration.

Aid groups have been sending rescue vessels into these waters despite vocal opposition from Salvini.

The Spanish government said the rescue ship would be allowed to disembark in Spain at the port of Algeciras.

After receiving the permission to sail to Spain, the NGO said, "It will be many and difficult days sailing, but we have a safe port."

Another migrant rescue group, Sea-Watch International of Germany, had also urged authorities in European countries to help so that the rescued "can spend Christmas in a safe harbor."