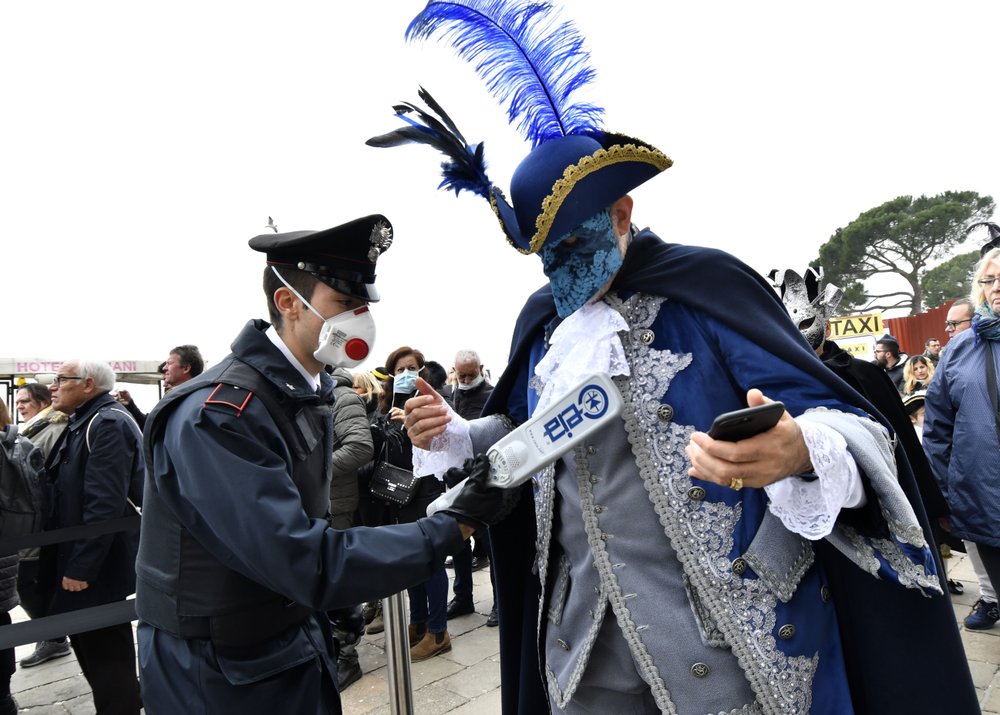 The majority of infections worldwide are concentrated in Mainland China, followed by Japan, and South Korea. Italy's latest virus uptick marks the most significant outbreak outside of Asia.

So far, Italy has reported three fatalities due to the virus, and over 150 infected patients.

Italian health officials have yet to identify the country’s original virus carrier.

Strict emergency measures were implemented over the weekend, including a ban on public events in 10 municipalities, after cases were reported in the northern regions of Lombardy and Veneto.

Italy's Health Minister Roberto Speranza announced restrictions in the affected regions, which included building closures, limiting public transportation along with the surveillance and quarantine of individuals who may have been exposed to the virus.

Italy's top soccer league, Serie A, canceled at least three games scheduled to be played in the Lombardy and Veneto regions.

The country's fashion capital, Milan, announced schools would be closed for one week beginning Monday. And upcoming school trips inside and outside of Italy were canceled on Sunday, according to a statement by Italy's Ministry of Education.

The Venice Carnival was also postponed due to the virus outbreak.