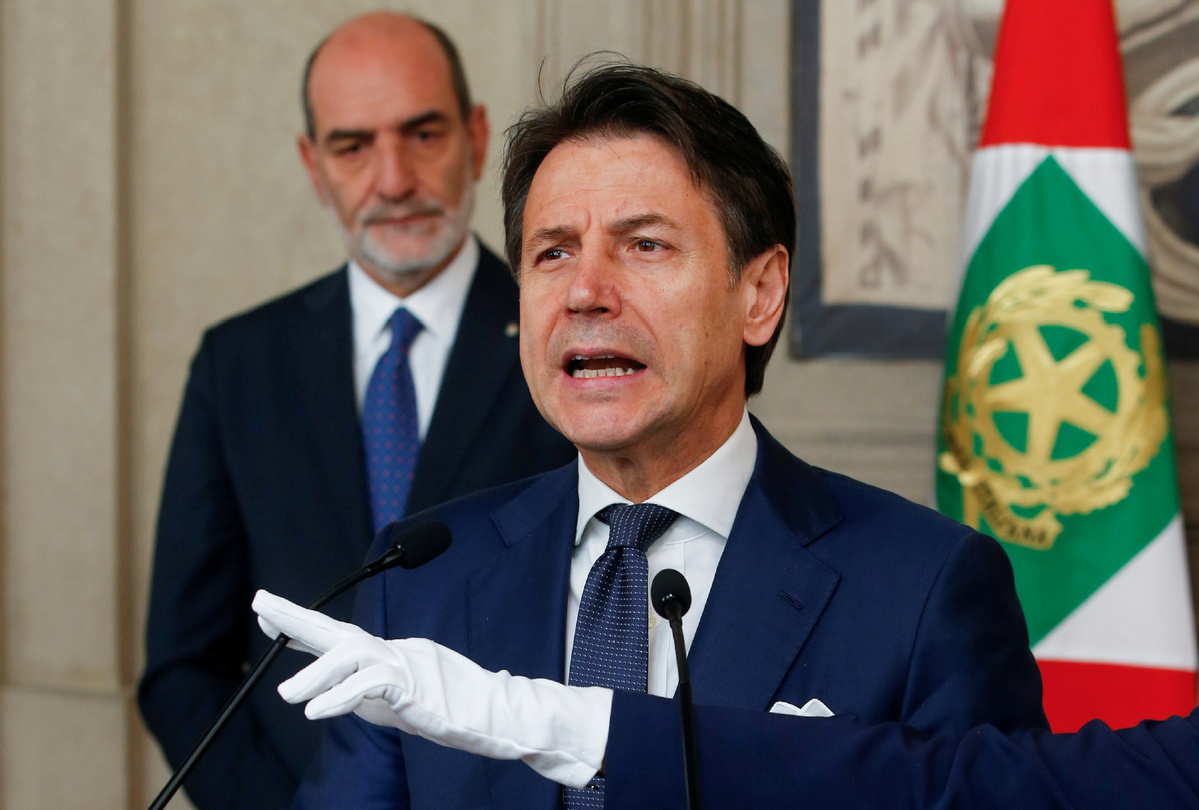 MILAN－Italian Prime Minister Giuseppe Conte said on Sunday he expected to finalize talks to form a new government by Wednesday, as the 5-Star Movement and Democratic Party held intense discussions over the weekend to hammer out a deal on a common agenda and Cabinet posts.

Italian President Sergio Mattarella gave Conte a mandate on Thursday to try to form a new coalition following Interior Minister Matteo Salvini's decision to pull his right-wing League from a 14-month-old alliance with 5-Star in an attempt to trigger early elections.

Conte said the "political mood" between 5-Star and once bitter adversary Democratic Party, or PD, was good.

"It will be on Tuesday, Wednesday at the latest," he said in a video interview during a conference organized by Il Fatto Quotidiano newspaper, when asked when he would report back to Mattarella with a program and a lineup for the new government.

"Obviously I am confident on a positive outcome." he added.

If no agreement is sealed in the coming week, Mattarella is expected to dissolve parliament and set a date for a new vote.

In a sign that a deal on the program might be closer, the 5-Star Movement said later on Sunday its members were called on Tuesday to give a green light to a potential coalition accord with PD through a web-based ballot on the movement's internet platform.

Members will have to answer whether they agree that the movement should form a government with the PD, chaired by Conte, the 5-Star official blog said, in line with the party's credo of direct democracy.

The blog added that the government program agreed with PD would be available online to members when voting starts.

Stung by what it saw as betrayal and keen to avoid a return to the ballot box, the 5-Star has agreed to make an attempt to govern with the PD, which is in the process of rebuilding after a string of election defeats.

Despite the differences over policy and ministerial roles, senior figures from both sides spoke in support of a coalition over the weekend as the talks have continued.

"I know it is difficult, but we're doing our best to give this country a new government," PD leader Nicola Zingaretti said on Sunday in a video post on Twitter.

He said on Friday after talks with Conte that Italy's next government must cut income taxes to boost consumption, relaunch investment and focus on health and education.