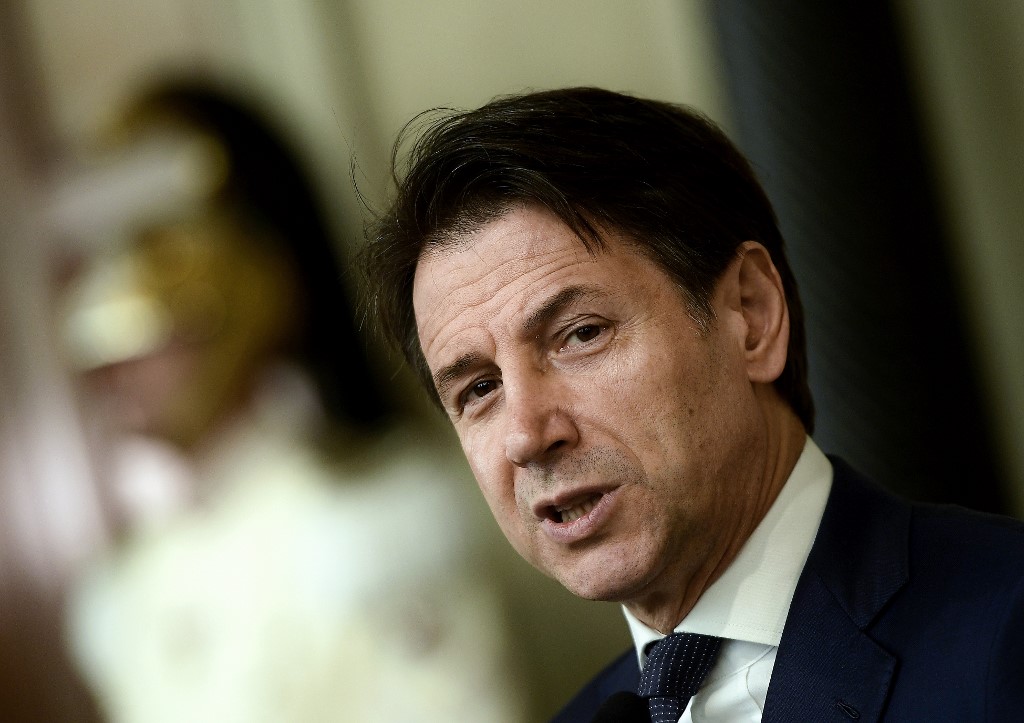 Italy's Prime Minister Giuseppe Conte addresses the media following a meeting with the Italian president, after he was given a mandate to form a new government, on August 29, 2019 at the Quirinal presidential palace in Rome. (Photo: AFP)

Conte, who became prime minister on June 1, 2018, announced on Aug. 20 that he planned to hand in his resignation to Mattarella, following leader of the far-right League party submitted a no-confidence motion against the prime minister.

Mattarella's mandate to Conte means the former law professor is now all but assured to head his second consecutive government. This one will be supported by the populist Five-Star Movement, which was also part of the previous government, along with the center-left Democratic Party that had previously been in opposition.

The nationalist, rightwing League, the Five-Star Movement's former coalition partner, is now on course to become the main opposition party.

The League had been pushing for new elections to be held this year, something that might have made it possible for the League to form its own government without support from either of the other two parties.

Speaking to reporters briefly after his meeting with Mattarella, Conte said his first order of business will be to make a list of ministers to submit to Mattarella for his approval. Once the ministers are approved, Conte said the government's first priority will be to start work on the country's 2020 budget.

The new government will formally have a mandate to lead until 2023, when the next general election is scheduled to take place. But analysts said it is not yet clear how well the Five-Star Movement and the Democratic Party -- which have been opponents for years -- will work together.