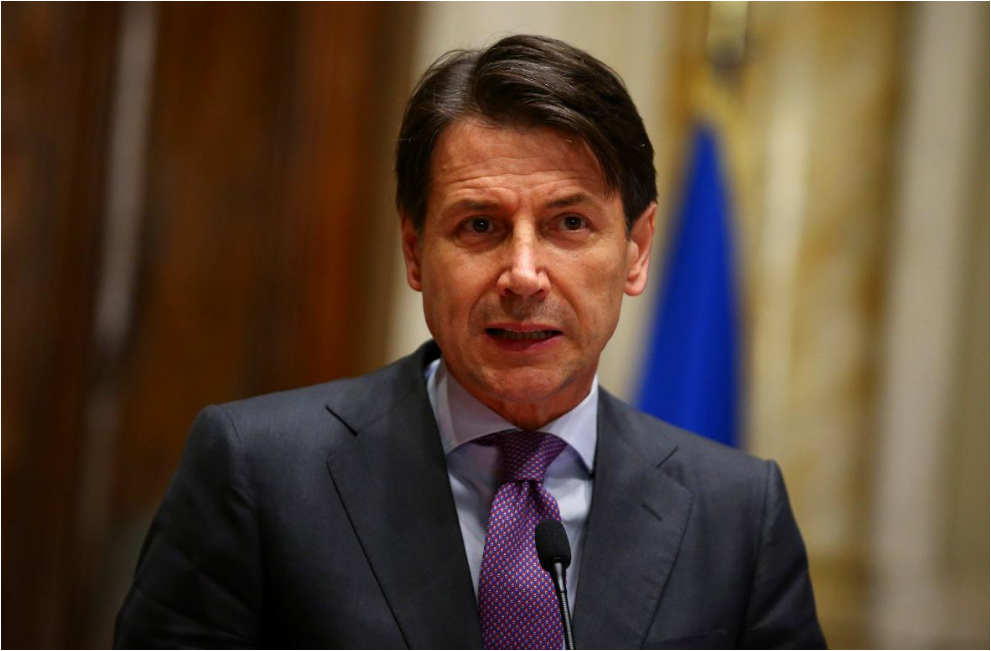 Italy's newly appointed Prime Minister Giuseppe Conte speaks at the media at the end of a round of consultations with political parties at the Lower House in Rome, Italy, May 24, 2018. (Photo: Reuters)

Italy’s Prime Minister-designate Giuseppe Conte labored to finalize his cabinet team on Friday as markets tumbled on fears the incoming euroskeptic government will embark on a spending spree that will undermine fragile state finances.

With investor concern growing, Conte, a political novice with no managerial or administrative experience, met Bank of Italy governor Ignazio Visco, then held talks with his political backers to try to sign off on a list of ministers.

The meeting broke up without agreement, political sources said, with much attention still focused on the key role of economy minister.

Coalition partners the far-right League and anti-establishment 5-Star Movement are eager to give the job to 81-year-old economist Paolo Savona, who has questioned Italy’s membership of the euro.

However, President Sergio Mattarella has made clear he is unhappy with the choice and has the power of veto. A political source said League leader Matteo was refusing to back down.

“Nobody should have fear of change,” Salvini said in a brief statement, adding that he was working on a government that would make Italy “a protagonist in Europe and in the world”.

A source close to 5-Star said it was doubtful Conte would be able to present his ministerial team on Friday. Mattarella earlier canceled his engagements on Friday afternoon raising speculation that a deal had been reached.

There was no apparent link between the fall in the markets and the delay in forming a cabinet.

Ministers from the caretaker center-left government cleared out their offices on Friday in preparation for the new incumbents and outgoing economy minister Pier Carlo Padoan warned Conte not to misjudge the power of the markets.

“The most worrying aspect of the program which this government is working on is its underestimation of the consequences of certain choices,” Padoan said in an interview published in Il Sole 24 Ore newspaper.

“We worry about Europe, but any infraction proceedings (over excessive deficit spending) take months to develop, while the response of the markets comes in just a few seconds.”

Although Italian financial instruments have come under increasing pressure, there is little sign yet of wider contagion and Italian bond yields remain far below the levels reached during the euro zone debt crisis in 2011 and 2012.

The 5-Star and League unveiled their government pact a week ago, following more than 70 days of political deadlock, promising billions of euros in tax cuts, additional spending on welfare for the poor, and a roll-back of pension reforms.

Political rivals doubt that the government will be able to implement much of their ambitious program, but investors are watching the cabinet formation carefully for signs of how antagonistic the ministers are likely to be with Brussels.

Savona has decades of experience in academia, banking and government but has alarmed markets with his euroskeptic views that chime with those of the anti-immigrant League. One former economy minister has called him “suicidally anti-German”.

In his latest book he calls for a “plan B” to be drawn up to allow Italy to leave the euro zone with as little damage as possible should this prove necessary.