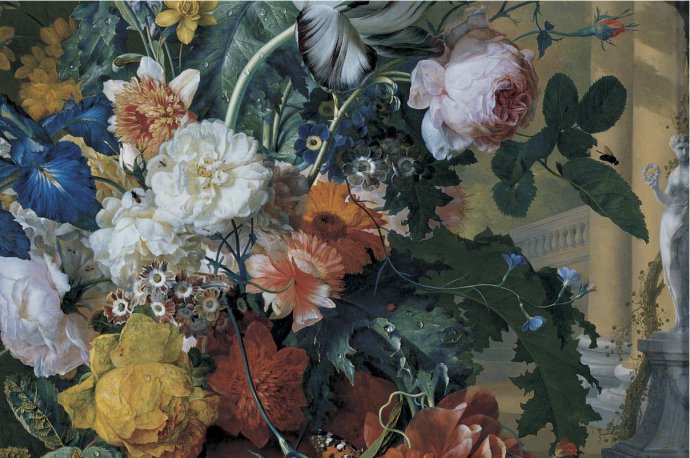 Italy's Uffizi Gallery has appealed to the German government for helping return a still-life painting seized by Nazi troops in 1943, which is now in the possession of a German family.

Painted by 18th-century Dutch artist Jan van Huysum, the artwork, Vase of Flowers, was first displayed in Florence in 1824 and was stolen along with other paintings by German army in 1943 as they retreated north.

According to a statement released on the gallery's website, intermediaries for the unidentified German family have demanded payment for the return of the painting, which was refused by the gallery.

"Because of this issue ... the wounds of the Second World War and Nazi terror are not yet healed," Eike Schmidt, chief of the Uffizi Gallery, said in the statement, adding that for Germany "there is still a moral duty to return this work to our museum."

A black and white reproduction of the painting is now symbolically exhibited in the gallery with the word of "stolen" in Italian, English and German.

"We will be happy to remove this photographic memory, when the original one is returned to the Uffizi," said Schmidt.