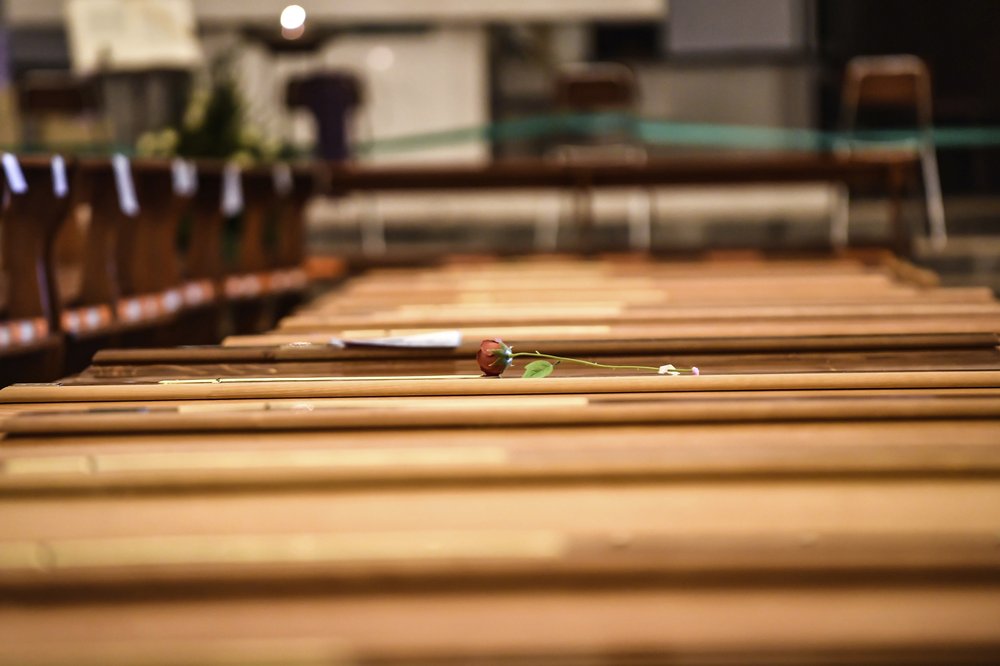 In this Thursday, March 26, 2020 photo, a red rose lies on a coffin lined up along others inside the San Giuseppe church in Seriate, one of the areas worst hit by coronavirus, near Bergamo, Italy, mark spaces where coffins are to be placed before being taken to a crematory. (Photo: AP)

ROME, March 30 (Xinhua) -- Italy's top health official said on Monday the nationwide coronavirus lockdown in place since March 10 would be extended until "at least" April 12, nine days beyond its original deadline.

Minister of Health Roberto Speranza told reporters Monday that the decision had been made earlier on Monday during the meeting of the government's high-level Technical and Scientific Committee.

"The evaluation was made to extend all containment measures until at least" April 12, Speranza said. "The government will take these steps."

A day earlier, Prime Minister Giuseppe Conte told Italians to prepare themselves for a "very long lockdown" that would be lifted gradually as the intensity of the outbreak in Italy weakens.

Italy was the first industrialized western country to issue a peacetime lockdown when it was announced on March 9. Under the terms of the lockdown, Italians are required to stay home aside from performing certain "vital" tasks, such as food shopping, medical visits, or trips to the pharmacy.

Since Italy's move to shut down the country, several other countries in Europe and some states in the United States have followed suit.

The rules governing the lockdown have been tightened several times since March 9, and there has been widespread speculation it would be extended beyond the original April 3 deadline.

In Italy, April 12 is Easter Sunday, a major religious holiday that would under normal circumstances be the cause of church gatherings and packed restaurants.

On Monday, Italian health officials announced the total number of people in the country infected by the outbreak topped 100,000 for the first time. More than 11,500 people in Italy have died of COVID-19, the disease caused by the novel coronavirus.