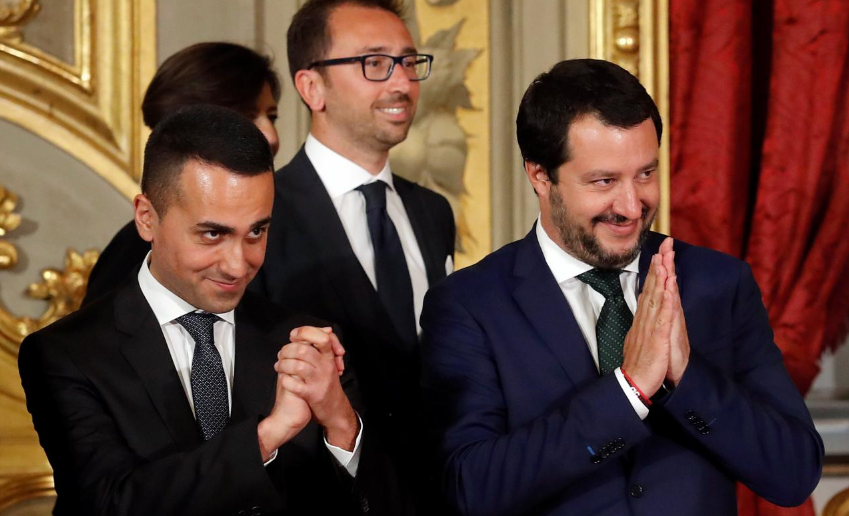 Italy's Minister of Labor and Industry Luigi Di Maio gestures next to Interior Minister Matteo Salvini after the sworn-in ceremony at the Quirinal palace in Rome, Italy, June 1, 2018 (Photo: Reuters)

The legislation, introduced in 2015, made it easier for large companies to fire people and offered fiscal incentives for companies that hired permanent workers on new, less-protected terms.

Italy’s government was finally sworn in on Friday, ending months of political turmoil and the threat of a repeat election. But investors remain nervous, since the coalition promises to increase spending, slash taxes and challenge European Union fiscal rules, which would add to Italy’s debt pile.

Former Prime Minister Matteo Renzi pushed through the so-called Jobs Act in 2015, promising it would crate jobs and end a situation where the vast majority of young people were employed via insecure short-term contracts.

Its results were also disputed. Employment has increased, but in the last two years most new jobs created have been the kind of temporary work the Jobs Act was supposed to deter.

Moreover, the rise in overall employment has been driven mainly by pension reforms by previous governments, which raised the retirement age, rather than more jobs for the young.

He did not give details of what the changes would entail.

At a party celebration in Rome on Saturday, Di Maio said he would work to create jobs that are relevant to today’s economy and push for an adequate minimum wage.

Some economists have said that rather than the Jobs Act, Italy needed investment in education and technology and, as in Germany, closer links between schools, universities and companies to boost jobs.