ROME, June 3 (Xinhua) -- Italian Prime Minister Giuseppe Conte on Monday warned the two ruling coalition parties to confirm their commitment to the government program, or he would be ready to remit his mandate. 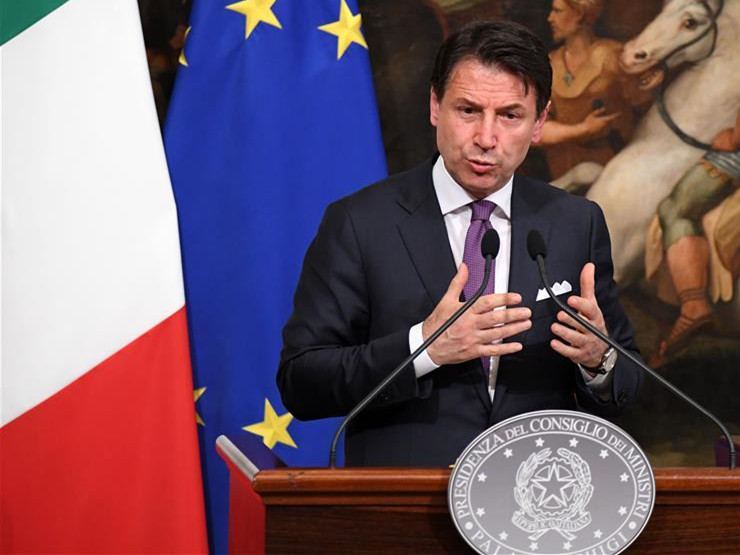 Italian Prime Minister Giuseppe Conte speaks during a press conference in Rome, Italy, June 3, 2019. Giuseppe Conte on Monday warned the two ruling coalition parties to confirm their commitment to the government program, or he would be ready to remit his mandate. (Photo: Xinhua)

In a press conference in late afternoon, Conte said he aims at speeding up the cabinet's action on a wide range of issues in the second phase of the legislature.

This would require a stronger cohesion of the two political forces sustaining the cabinet -- rightwing League and populist Five Star Movement (M5S) -- to show a stronger cohesion than that showed in the past 12 months since this government was sworn in on June 1, 2018.

"The prerequisite is contained in a clear formula: sincere cooperation," Conte told the press conference.

"I am asking both forces to make a choice, and make it clear if they still want to honor the obligations of the (government's) contract," said the prime minister.

Tension between the two coalition parties supporting Conte's cabinet has run high since the European elections were held in late May.

Anti-immigrant League earned over 34 percent and resulted as the most voted party in the country, while the M5S on the contrary lost much of its consensus.

These results completely overturned the balance of power between the two forces, further feeding fractions and squabbles between the allies and their leaders -- League's Matteo Salvini and M5S' Luigi Di Maio, respectively, who both serve as deputy prime minister.

"Unfortunately, the campaign mood has not yet died out, and this is not helping the government's action," the Italian prime minister explained.

He specified that his personal relationship with all the ministers in his cabinet and with both his deputy prime ministers were "excellent."

"Yet, working in the country's exclusive interest means something more than having good personal relationships," Conte stressed.

"It means being ready to take on a much broader temporal horizon and a more constructive attitude," he added.