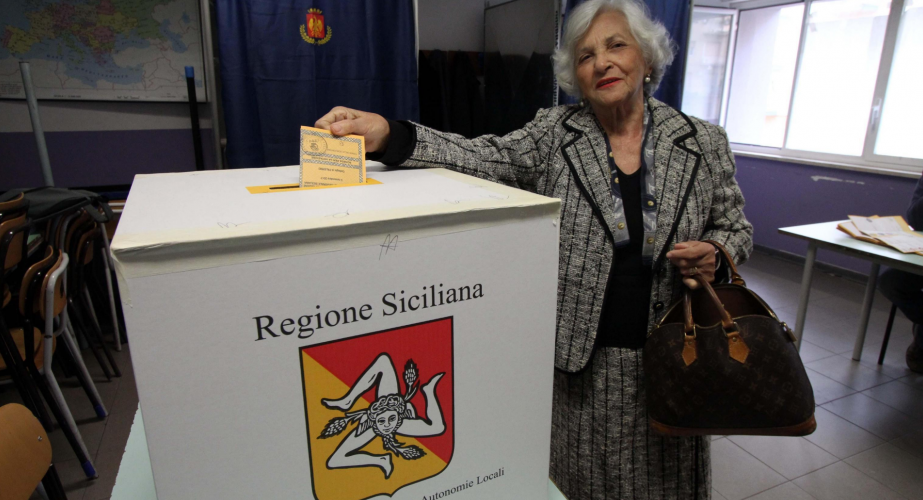 The outcome of local elections in Sicily has further weakened the ruling party of former Prime Minister Matteo Renzi and strengthened the populist 5-Star Movement’s lead, a poll conducted after the regional vote showed.

Based on the IPSOS poll published in Saturday’s Corriere della Sera, a center-right coalition would win next year’s general election with 253 seats while the 5-Star would have 173 and Renzi’s Democratic Party 164 together with a smaller ally, leading to a hung parliament.

As Italy nears a national vote it must hold by May 2018, concerns are mounting it may leave the country ungovernable.

The poll conducted on Nov. 8-9, showed the 5-Star Movement now leads with 29.3 percent of preferences while the Democratic Party stands at 24.3 percent, having lost six percentage points in six months.

Italy has just introduced a new electoral system that is expected to handicap the anti-establishment 5-Star favoring instead mainstream political blocs.

The voting system - a mix of proportional representation and first-past-the-post - will benefit parties that form pre-election coalitions, something the 5-Star has always ruled out.

Seen as a dry run for next year’s nationwide election, the Sicilian ballot held on Nov. 5 marked a strong political comeback for Silvio Berlusconi, handing government of the island to a center-right bloc backed by the four-times prime minister.

Berlusconi’s Forza Italia party had 16.1 percent of preferences according to the poll. The anti-immigrant Northern League another 15.3 percent and smaller center-right party Fratelli d‘Italia 5.1 percent.

Half of the respondents in the poll said Renzi had been weakened by the Sicilian vote and should not run for premier again, while 32 percent thought he had remained the best option for the Democratic Party.

Half of the people polled said they thought the center-right would not be able to stay united once in power.