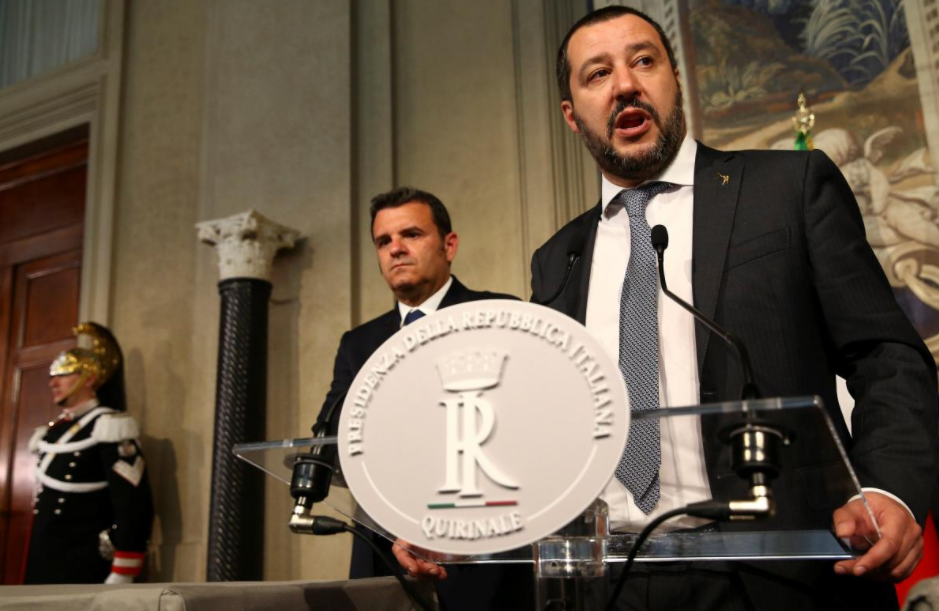 League party leader Matteo Salvini speaks to the media during the second day of consultations with Italian President Sergio Mattarella at the Quirinal Palace in Rome, Italy, April 5, 2018. (Photo: Reuters)

Italy’s three main rightist parties on Sunday vowed to present a united front in a fresh round of talks on forming a new government next week, defying attempts by the anti-establishment 5-Star Movement to divide them in coalition negotiations.

Following last month’s inconclusive election, President Sergio Mattarella wrapped up an initial round of consultations on Thursday and promised to meet party leaders again soon to try to break the gridlock and put together a new government.

The March 4 vote saw the anti-establishment 5-Star Movement emerge as the largest single party, while a rightist alliance, including the League, Brothers of Italy and Silvio Berlusconi’s Forza Italia (Go Italy!) group won the biggest bloc of seats.

The leaders of the three rightist parties - the League’s Matteo Salvini, Berlusconi and Brothers of Italy’s Giorgia Meloni - met on Sunday to agree on a common message to present to Mattarella. 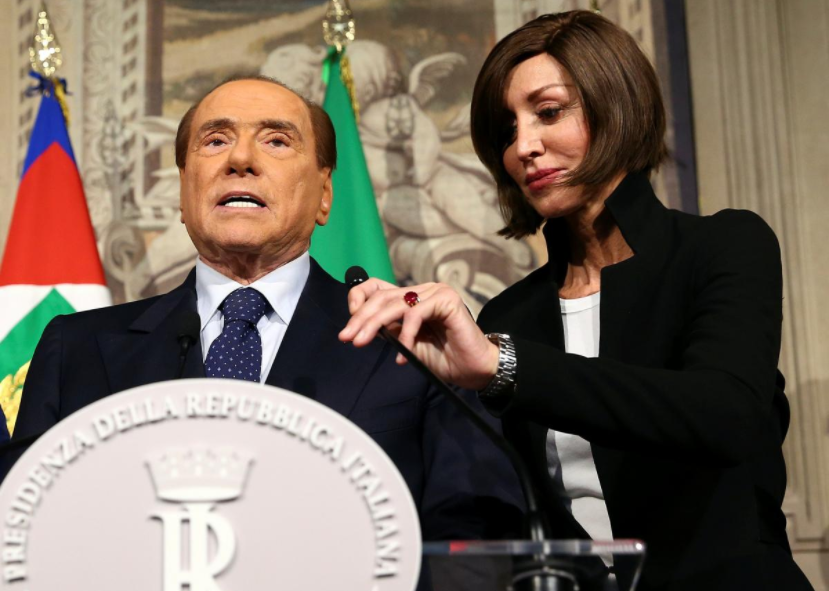 Forza Italia party senator Anna Maria Bernini fixes the microphone for Silvio Berlusconi as he arrives to speak with the media during the second day of consultations with Italian President Sergio Mattarella at the Quirinal Palace in Rome, Italy, April 5, 2018. (Photo: Reuters)

“Almost 40 percent of Italians have chosen to give their trust to the center-right parties, which today, without a doubt, have the task of forming a government,” the three said in a joint statement following a meeting at Berlusconi’s palatial residence at Arcore near Milan.

The center-right coalition will insist on naming the next prime minister and that the main parts of an election program agreed before the ballot be respected, including proposed tax cuts, job incentives and a stop to illegal immigration.

In the first round of consultations, the three rightist leaders saw Mattarella separately and there has been widespread speculation that Salvini will eventually ditch Berlusconi to forge a pact with the 5-Star.

5-Star leader Luigi Di Maio has said he would be happy to work with either the League or the outgoing center-left Democratic Party (PD), a proposal so far rejected by both parties.

The PD says it wants to go into opposition, while Salvini has refused to break with Berlusconi, which is a condition posed by Di Maio.

While Salvini is ready to try to link up with 5-Star, Berlusconi has repeatedly denounced the anti-system movement.

On Sunday, Salvini ruled out any possible tie-up with the PD, telling Corriere della Sera in an interview that “if there is an attempt to be made, it is with the 5-Star”.

But Di Maio quickly retorted in a Facebook message, saying the center-right coalition would get no support from 5-Star.

“I see the League promised change, but prefers to hold on to Berlusconi and condemn itself to irrelevance,” Di Maio said.

“When Salvini decides he wants to govern for the good of Italy, he can give us a call; we will tell him if we are still available to work with him.”