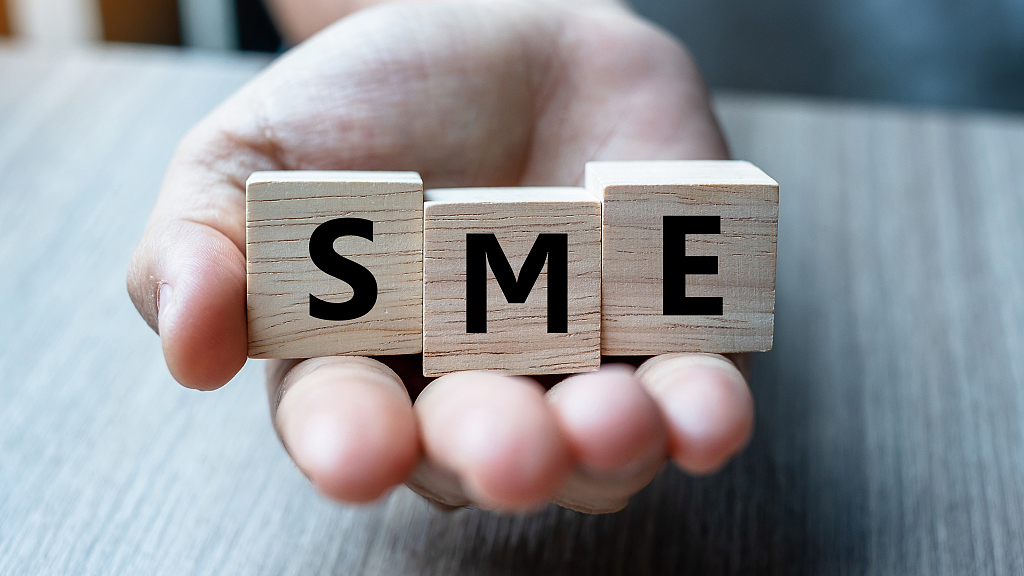 ROME, Nov. 24 (Xinhua) -- The small- and medium-sized companies that make up the bulk of the Italian economy are also taking the brunt of the economic damage caused by the coronavirus pandemic, according to analysts.

Italy's small- and medium-sized companies -- defined as entities with fewer than 250 employees, less than 50 million euros (59 million U.S. dollars) in revenue, and a total annual balance sheet worth less than 43 million euros -- represent a bigger share of Italy's economy than they do in the European Union (EU) as a whole. Known as SMEs, the companies provide a little over 78 percent of the jobs in Italy, compared to less than 67 percent in the EU, according to data from the European Commission.

"In Italy, the small- and medium-sized companies are the backbone of the economy," said Giuseppe Arleo, coordinator of the Observatory for Economic Reconstruction After COVID-19, part of the Competere think tank. "The entire economy is struggling under the impacts of the coronavirus outbreak, but these same small- and medium-sized companies are struggling even more than the economy as a whole."

According to Stefano Valvason, general manager of the Small and Medium Industries Association, the fact that SMEs play such an important role in the economy is usually an advantage.

"A smaller company is more nimble, able to react to changing market conditions faster, and they can tailor their business to a specific market niche or geographic area," Valvason told Xinhua. "But times of crisis can expose the weaknesses of these companies and that is what is happening now."

By almost any measure, the pandemic is the biggest crisis Italy has faced since World War II. It has so far claimed more than 50,000 lives in the country, and the total number of cases since the start of the pandemic is now approaching 1.5 million.

Italy has consistently been under some degree of coronavirus health restrictions since early March, something that has sent the economy into a nosedive. According to the latest estimates from the International Monetary Fund, the country's economy is expected to end the year 10.6 percent smaller than it was at the start.

Valvason said those trends are taking their toll on Italy's SMEs.

"The current situation is punishing SMEs," he said. "These companies don't have the economies of scale that larger companies have. They don't have the same access to credit. The challenges of a crisis like this one are bigger because SMEs are more sensitive to any changes in their supply chain or in the way they get their products to market."

Valvason and Arleo both told Xinhua that the government could do more to help SMEs ride out the pandemic better.

"So far the government's relief effort has been focused on helping individuals rather than businesses," Arleo said. "They could shift some of the help to small- and medium-sized businesses since that is where the majority of the workforce is employed. But that in itself will not be enough."

Arleo went on: "The Italian economy was in need of reform even before the pandemic," he said. "The whole system needs to be more efficient so that help that comes can be more effective."

Valvason said the stakes are high. "If something isn't done, as many as one out of every five SMEs in Italy could be at risk of going out of business," he said. (1 euro = 1.19 U.S. dollars)