ROME, Nov. 20 (Xinhua) - Scientists specializing in the study of glaciers, or glaciologists, are on a mission to extract samples from Alpine glaciers as part of a worldwide project named Ice Memory, which aims to preserve the record of the past stored in the world's oldest ice formations before they melt due to climate change, Italy's National Research Council (CNR) has said. 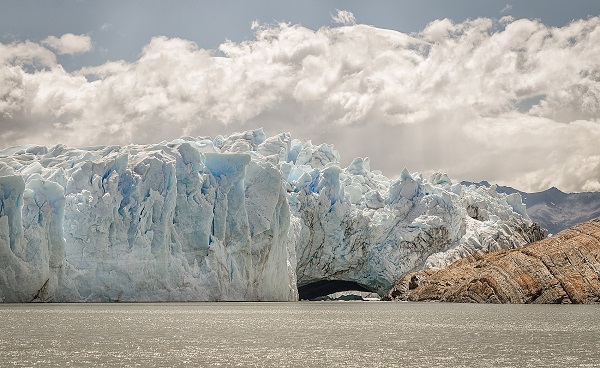 Italian glaciologists describe Ice Memory as a "race against time to save climate archives" stored in the only remaining European glaciers. These are located in the Alps, the great mountain range, and in the Apennine mountain chain, which runs north to south down the middle of Italy's boot.

"On the Alps, by drilling to a depth of 70--80 meters (in the ice), you can go back about 7,000 years," researcher Fabrizio de Blasi from the CNR Institute for the Dynamics of Environmental Processes told Xinhua.

"We can think of (glaciers) as a kind of natural thermometer, due to their extremely rapid response to climate variations. This sensitivity...makes them a tool for scientists to understand climate evolutionary trends."

"(Over time) the ice has trapped chemical elements, organic particles and other traces of the environment and the climate," said Professor Carlo Barbante, an associate at the CNR Institute for the Dynamics of Environmental Processes and one of the founders of Ice Memory.

"The samples are therefore a unique archive of the planet's past, and are essential to putting current and future change in the right perspective," added Barbante, who teaches at Ca' Foscari University in Venice, a partner in the project along with the CNR.

Glaciers are shrinking fast, De Blasi explained. "If the current trend on greenhouse gas emissions remains constant, we foresee glaciers in the Alpine range below altitude of 3,600 meters disappearing by the end of this century," he said.

The disappearance of a glacier has a direct impact on humans in terms of availability of water, De Blasi said. According to the U.S. Geological Survey, about three--quarters of Earth's freshwater is stored in glaciers, making glacier ice the largest reservoir of freshwater on the planet.

However, the vanishing of a glacier, which takes many thousands of years to form, also means the loss of what could be vital information, De Blasi explained. This is what led Italian and French glaciologists from the CNR, Ca' Foscari University in Venice, and the University of Grenoble in France, to come up with the Ice Memory project.

"We first had the idea in 2016," said De Blasi. "We saw a need to preserve the information (stored in glaciers), both for ourselves, so that we can analyze the data today, but also and most importantly, so that we can leave it as an inheritance for future generations, who may have more advanced technologies to extract information that we are currently unable to source."

In October 2017, the UNESCO executive council recognized the importance of Ice Memory, which aims to create the world's first "ice sanctuary" in Antarctica in which to store samples from glaciers around the world.

The first cores have been extracted by international teams on the Mont Blanc in France, on Bolivia's Illimani glacier, and from the Belukha and Elbrus glaciers in Russia, according to the CNR.

The Italian part of the mission began earlier this month at altitude of 4,200 meters on the Grand Combin glacier at the border between Italy and Switzerland, where glaciologists are using georadar to seek the best possible spots from which to extract cores of ice that have preserved centuries of climate history.

The Italian team is planning expeditions in 2019 to another four glaciers in Italy that will likely disappear in the coming decades: the Colle Gnifetti glacier on the Swiss border, the Marmolada and Montasio glaciers near Austria, and Europe's southernmost glacier, the Calderone, in the Apennine mountains in central Italy.

Also next year, De Blasi said, Italian and French teams will participate in the extraction of a core of ice on what is left of the Kilimanjaro glacier in the African country of Tanzania.