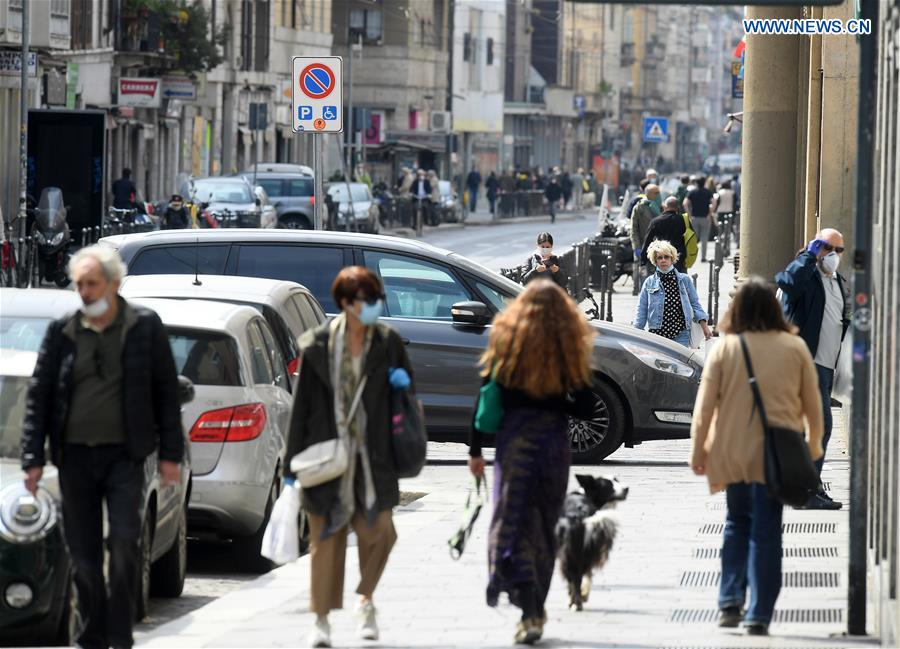 ROME, April 21 (Xinhua) -- The COVID-19 pandemic continued to claim lives in locked-down Italy on Tuesday, though the numbers of hospitalized and ICU patients dropped, according to the latest tally released by the country's Civil Protection Department.

The total number of active infections, fatalities and recoveries has risen to 183,957, the official tally showed.

Tuesday saw 534 new deaths, bringing the total to 24,648 fatalities since the pandemic first broke out in the northern Lombardy region on Feb. 21.

Up to 2,723 additional recoveries were registered on Tuesday compared to Monday, bringing the total to 51,600.

Italy entered into a national lockdown on March 10 to contain the pandemic.

The lockdown, which is expected to last until May 3, will be followed by a so-called "Phase Two," involving "the gradual resumption of social, economic and productive activities," the Italian government has explained.