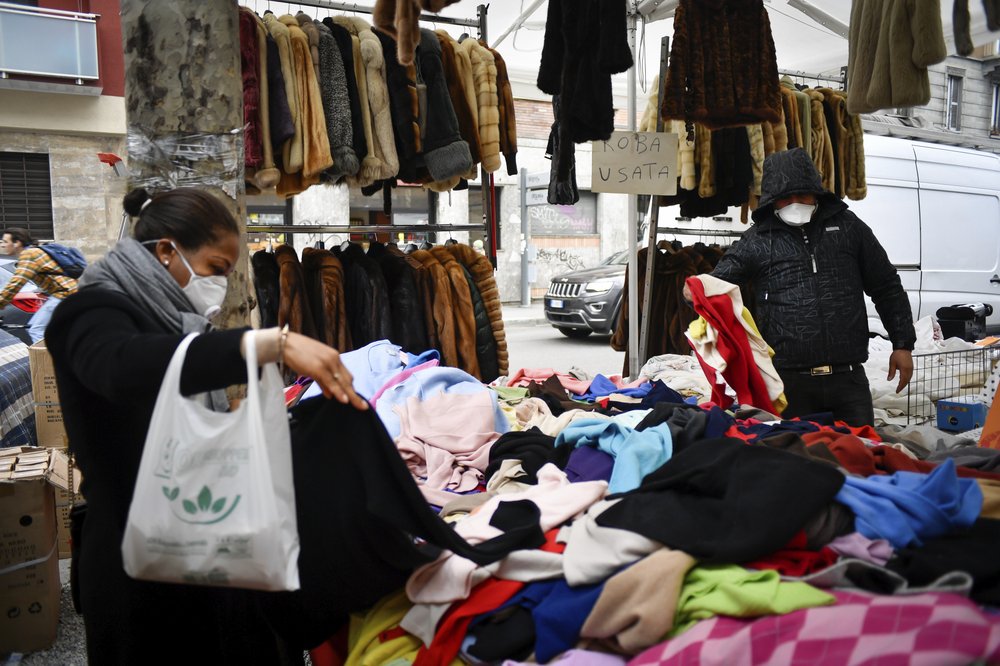 Italy reported a 45% one-day increase in people infected with the coronavirus as other countries in Europe recorded their first cases Tuesday, producing evidence that travelers are carrying the virus from the European outbreak’s current epicenter.

Italian officials reported 11 deaths and 322 confirmed cases of the virus, 100 more than a day earlier. While the majority were concentrated in northern Italy, some of the new cases registered outside the country’s two hard-hit regions, including three in Sicily, two in Tuscany and one in Liguria.

An Italian couple from the afflicted north tested positive in the Canary Islands off Africa, forcing the quarantine of their hotel in what one guest said felt like being “monkeys in a cage.” Austria, Croatia and Switzerland reported their first cases, all in people who recently traveled to Italy.

The four new deaths in Italy, like the seven reported earlier, were in patients who were elderly, suffering from other ailments or both, officials said.

Amid increasing cases and distribution problems with protective gear and test kits, Italian Premier Giuseppe Conte defended the measures Italy has taken to contain the outbreak and predicted a stabilizing of numbers soon. But he acknowledged that the rise in cases — the most outside Asia — was “worrisome.”

“Obviously I can’t say I’m not worried because I don’t want anyone to think we’re underestimating this emergency,” he said before a meeting with a visiting World Health Organization mission. “But we trust that with the measures we’ve implemented there will be a containing effect in the coming days.”

Italy has closed schools, museums and theaters in the two regions where clusters have formed and troops are enforcing quarantines around 10 towns in Lombardy and the epicenter of the Veneto cluster, Vo’Euganeo.

The sponsors of one of the world’s largest furniture and design trade shows, held in Milan, announced late Tuesday that they decided to postpone the international event s due to concerns over the virus. Milan is the Lombardy regional capital.

“In view of the ongoing public health emergency, the decision has been taken to postpone the upcoming edition of the Salone del Mobile.Milan to June 16th – 21st,” a statement from the organizers said. The show originally was scheduled for April 21-26.

Italian health officials haven’t yet identified the source of the outbreak. Angelo Borrelli, the head of the Italian civil protection department, said the case count grew from 222 to 322, representing a 45% increase, in a 24-hour period from Monday evening to Tuesday evening.