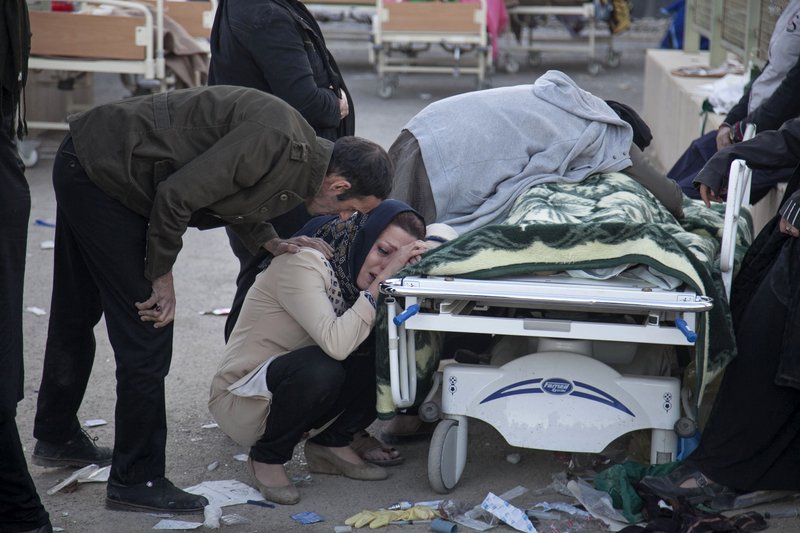 The Latest on a powerful earthquake near the Iran-Iraq border that has killed more than 400 people (all times local):

Italy is sending 12 tons of tents, blankets, mobile kitchens and other assistance to victims of the powerful earthquake that struck Iraq and Iran.

The Foreign Ministry said Monday an Italian plane loaded with the aid would be leaving the U.N.’s regional emergency warehouse base in Brindisi, bound for Sulaimaniyah, Iraq, in the coming hours. Separately, the ministry said it was working on a financial aid package for Iran to be funneled through the Red Crescent, which is working on the ground.

The 7.3-magnitutde earthquake killed over 400 people, mainly in Iran.

A powerful 7.3 magnitude earthquake near the Iraq-Iran border has killed over 400 people across both countries, sent residents fleeing their homes into the night and was felt as far away as the Mediterranean coast.

Iran’s western Kermanshah province bore the brunt of the temblor Sunday night, with authorities saying Monday that the quake killed 407 people in Iran and injured 6,700. Kermanshah is a rural, mountainous region where residents rely mainly on farming.

The quake was centered 19 miles (31 kilometers) outside the eastern Iraqi city of Halabja, according to the most recent measurements from the U.S. Geological Survey.

It could be felt on the Mediterranean coast, some 660 miles (1,000 kilometers) away.