Italy's prime minister has signed a decree to enforce a nationwide night curfew from 10 pm on Thursday as he tries to halt the resurgence of coronavirus, media reported. 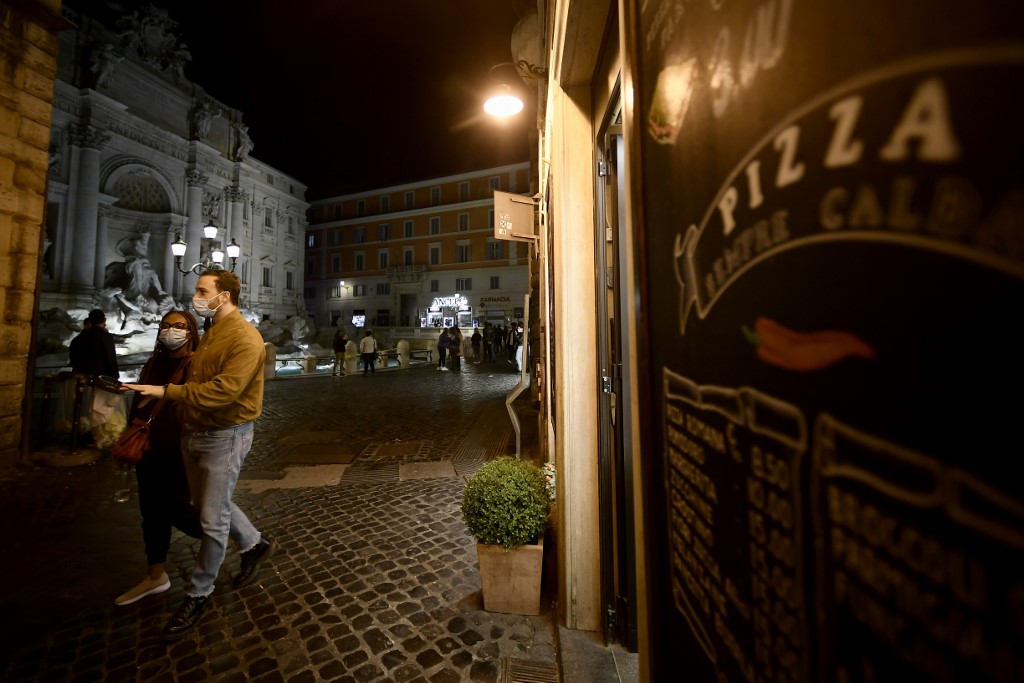 Giuseppe Conte was expected to detail other measures, such as shutting shopping centres at the weekend and also museums, in a new programme of restrictions that will last until December 3.

Tougher curbs could also be imposed in the hardest-hit areas under a new three-tier system that divides Italy's 20 regions into either red, orange or green, with red being the highest risk.

Italy was the first European country to be hit by coronavirus and has so far recorded more than 39,400 deaths, and almost 760,000 cases.

Infections have surged in recent weeks, particularly in the northern region of Lombardy that includes Milan, and health experts have called for the kind of national shutdown adopted by France, Ireland and England.

But the first lockdown was devastating for the Italian economy and the new decree was only agreed after long discussions between Conte's government and regional leaders.

The curfew will run until five am (0400 GMT), with 60 million Italians only allowed out for work or health reasons, according to the media reports.

Bars and restaurants already close at six pm under measures introduced late last month, a move that sparked a series of small but sometimes violent protests.

Secondary schools, which were already running most classes online, will reportedly switch to total distance learning, although younger children will still be allowed to go to school.

The number of passengers on public transport will also be halved.

The health ministry will decide which regions will be classed as red, orange and green based on a number of factors, including rates of infection and occupancy of hospital beds.