Italy to vote on streamlining parliament

Italy's parliament votes Tuesday on cutting the number of the country's lawmakers, a move linked to an electoral law reform that the left-leaning government hopes will help keep the far-right from power. 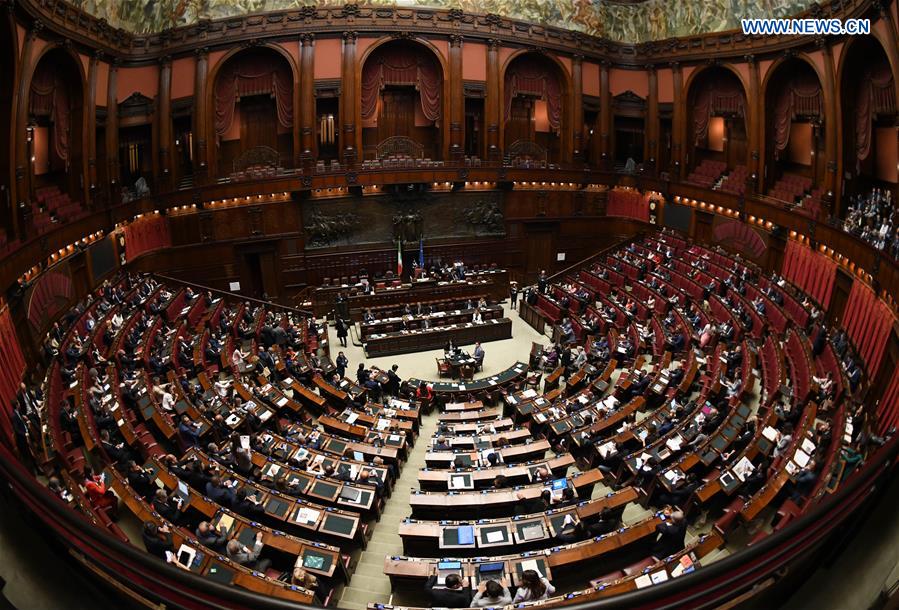 Slashing the number of MPs and senators in Italy by 345 was a flagship manifesto promise of the anti-establishment Five Star Movement, which rules in coalition with the country's centre-left, and has promised voters it would tackle political elitism and wasteful spending.

Italy currently has the second highest number of lawmakers in the EU after Britain -- some 630 elected representatives in the lower house and 315 in the Senate.

The constitutional reform, which will likely be subjected to a popular referendum in the coming months, would cut the number of MPs to 400 and senators to 200 from the next legislature, with an expected saving of some 100 million euros ($110 million) a year.

A reduced number of lawmakers will "lead parties to take particular care in choosing candidates," he said.

Critics have warned the cut could affect popular representation, and increase the influence of lobbyists over governing institutions -- all for a minimal saving that will have little effect on debt-laden Italy's book balance.

This is the country's eighth attempt to cut its number lawmakers since 1983, according to the Open news website.

This time it is broadly expected to be successful, with most opposition parties on board -- though the head of Italy's far-right League Matteo Salvini on Friday warned his party would wait to see if the law was "mere horse trading".

Five Star (M5S) made the cut a condition of its alliance with the centre-left Democratic Party (PD), following the collapse of the previous, far-right coalition in August.

The PD had previously voted against the reduction, but agreed to support it if it meant clinching a deal with the M5S which would prevent a return to the polls and keep popular hardliner Salvini out of power.

The party has insisted the cut be followed by a new electoral law, and is pushing for the reintroduction of a proportional representation system.

Under the current mix of proportional representation and first-past-the-post, a winning coalition needs more than 40 percent of the vote to have the necessary parliamentary majority.

With full proportional representation, parties or coalitions would need a much bigger majority to form a government.

That would force Salvini to ditch any plans to run alone or with a small fellow far-right party at the next election, and force him instead to turn to former prime minister Silvio Berlusconi's centre-right Forza Italy party for help, the weekly L'Espresso said.

"Why the haste to cut the seats?" Massimo Luciani said in the Corriere della Sera newspaper, pointing out that the coalition government -- an unlikely alliance of former foes -- could fall before changes to the electoral law can be made.

"To avoid 'surprises', the package of reforms should be launched at the same time," he said.

Lorenzo Codogno, former chief economist at the Italian Treasury Department, told AFP the pressing need to change the electoral law could serve as glue to hold the coalition together.

He warned however that "I have a feeling that (the electoral law) won't happen very soon".

International markets and European investors watching the stability of the new coalition were right "to worry about everything," he said.