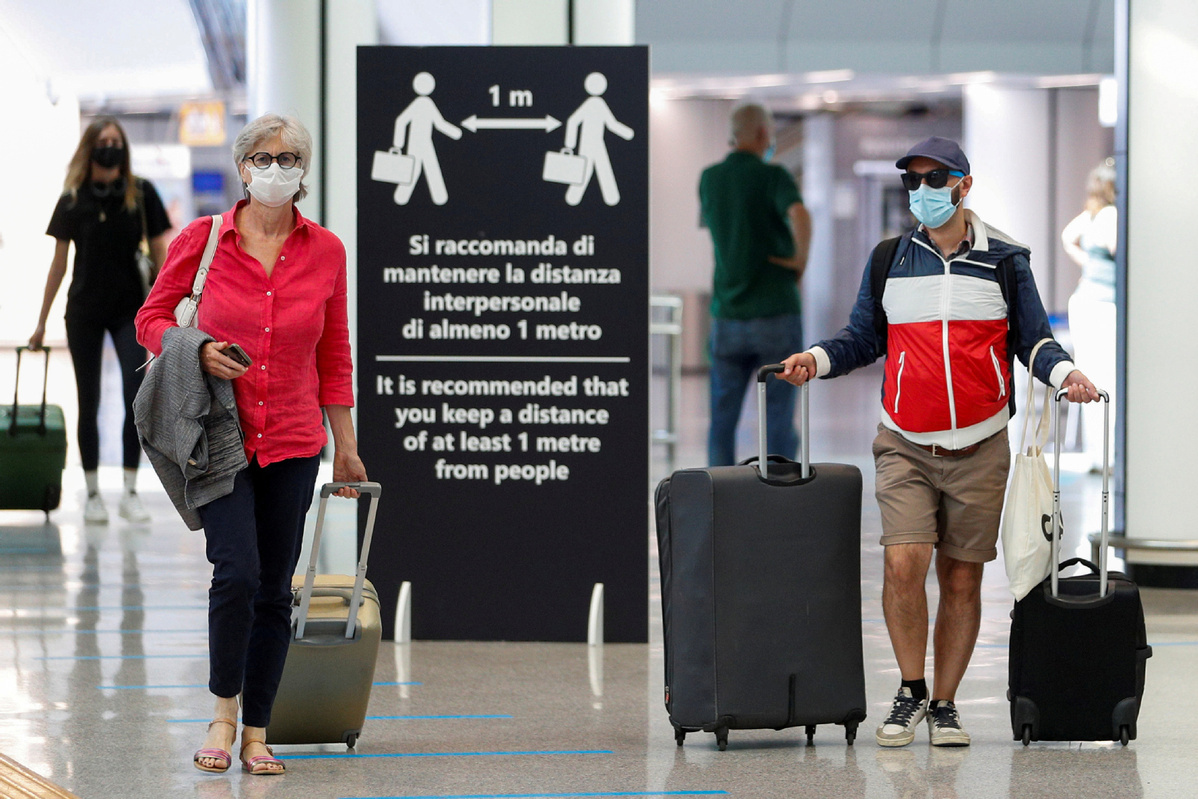 Italy has now traced its earliest novel coronavirus case back to early December 2019, researchers said in a new study published by the US Centers for Disease Control and Prevention, in the latest research suggesting that the disease hit Europe earlier than believed.

"We identified severe acute respiratory syndrome coronavirus 2 (SARS-CoV-2) RNA in an oropharyngeal (back of the tongue and throat) swab specimen collected from a child with suspected measles in early December 2019," Antonella Amendola of the University of Milan and other authors wrote in the CDC's Emerging Infectious Diseases journal.

SARS-CoV-2 is the respiratory virus that causes COVID-19, while RNA, or ribonucleic acid, is a nucleic acid present in all living cells.

That was about three months before the first identified coronavirus case in Italy, they said in an early release of their article for the February 2021 issue of the journal.

"This finding expands our knowledge on timing and mapping of novel coronavirus transmission pathways," the Italian authors wrote.

COVID-19 symptoms can appear as early as two days after infection or as late as 14 days, according to the CDC.

That could mean the coronavirus was circulating in Italy as early as the end of November 2019, as reported by Bloomberg on Wednesday, which cited the same research.

The new study provides further perspective into demystifying the origins of COVID-19, as other scientific papers have also suggested that the novel coronavirus appeared in the United States in mid-December 2019 and in France in late December, before or around the time the virus was officially identified in China.

China reported cases of what was then called "pneumonia of unknown causes" on Dec 27. The World Health Organization said it received China's official report on the cluster of cases on Jan 3.

In the Italian case, researchers said the boy, who lived in the surrounding area of Milan and had no reported travel history, had a cough and rhinitis on Nov 30 and was taken to a hospital emergency room with respiratory symptoms and vomiting a week later.

"These findings, in agreement with other evidence of early COVID-19 spread in Europe, advance the beginning of the outbreak to late autumn 2019," the authors noted.

In France, researchers found the virus in a retrospective analysis of a specimen from a patient who was hospitalized on Dec 27, 2019, weeks before the first cases were confirmed in France, on Jan 24, 2020.

The Italian researchers pointed out, however, that earlier strains also might have been occasionally imported to Italy and other countries in Europe during the late autumn period, but those importations could have been different from the strain that became widespread in Italy during the first months of 2020.

Italy was the first Western country severely hit by COVID-19, with the first known COVID-19 case reported in the town of Codogno, in the Lombardy region, on Feb 21.

However, some evidence suggests that SARS-CoV-2 had been circulating unnoticed for several weeks in Lombardy before it was first officially detected, according to the CDC journal article.

Italy logged 499 coronavirus-related deaths on Wednesday, raising the total to more than 61,700 since February, the second-highest toll in Europe after the UK.

Researchers in the country have never stopped their quest for the exact timeline of the COVID-19 epidemic in Italy.

Traces in Italy, US

Environmental surveillance has "unequivocally" demonstrated the presence of the virus, at concentrations comparable to those obtained from samples collected at later stages of the pandemic, in the untreated wastewater of the Milan area as early as mid-December 2019, according to the article.

Another research article, published on Nov 11 by the National Cancer Institute's scientific magazine Tumori Journal, shows that 11.6 percent of 959 healthy volunteers participating in a lung cancer-screening trial between September 2019 and March 2020 had developed coronavirus antibodies.

Scientists at the US CDC also found evidence of novel coronavirus infection in 106 of 7,389 blood donations collected from residents in nine states across the US as early as mid-December, according to their study published online in the journal Clinical Infectious Diseases on Nov 30.