Italy moved to stage three of its recovery in the middle of June. In July it managed to keep the rate of infection stable, with 300 or fewer new cases a day.

That's in contrast to significant spikes in neighboring countries such as Spain and France, where some quarantine restrictions have been reinstated.

The Commander of Rome's Police Patrols Marco Di Giovanni says Italians have mostly been compliant with the anti-COVID-19 measures such as wearing masks, social distancing and washing hands.

"There has been a good response from residents, from the first phase when everyone had to make important sacrifices, until now. Even police must respect these rules."

The health ministry's secretary general Giuseppe Ruocco says tourists should keep track of where they go.

"Contact tracing is very important because there are chains of cases. We are also suggesting that people who visit Italy should maintain a diary of information of what they did."

There has been a slight rise in cases this month, with an average of 350 new infections a day. The government says it's mostly due to people returning from overseas holidays.

In response, testing will be compulsory for arrivals from Croatia, Greece, Malta and Spain.

Police say it is important the population remains vigilant. Di Giovanni warns that the crisis isn't over yet and "we can't lower our guard."

The prime minister has extended Italy's State of Emergency until the end of October, giving him the power to reimpose lockdown and other safety measures without needing the approval of parliament. 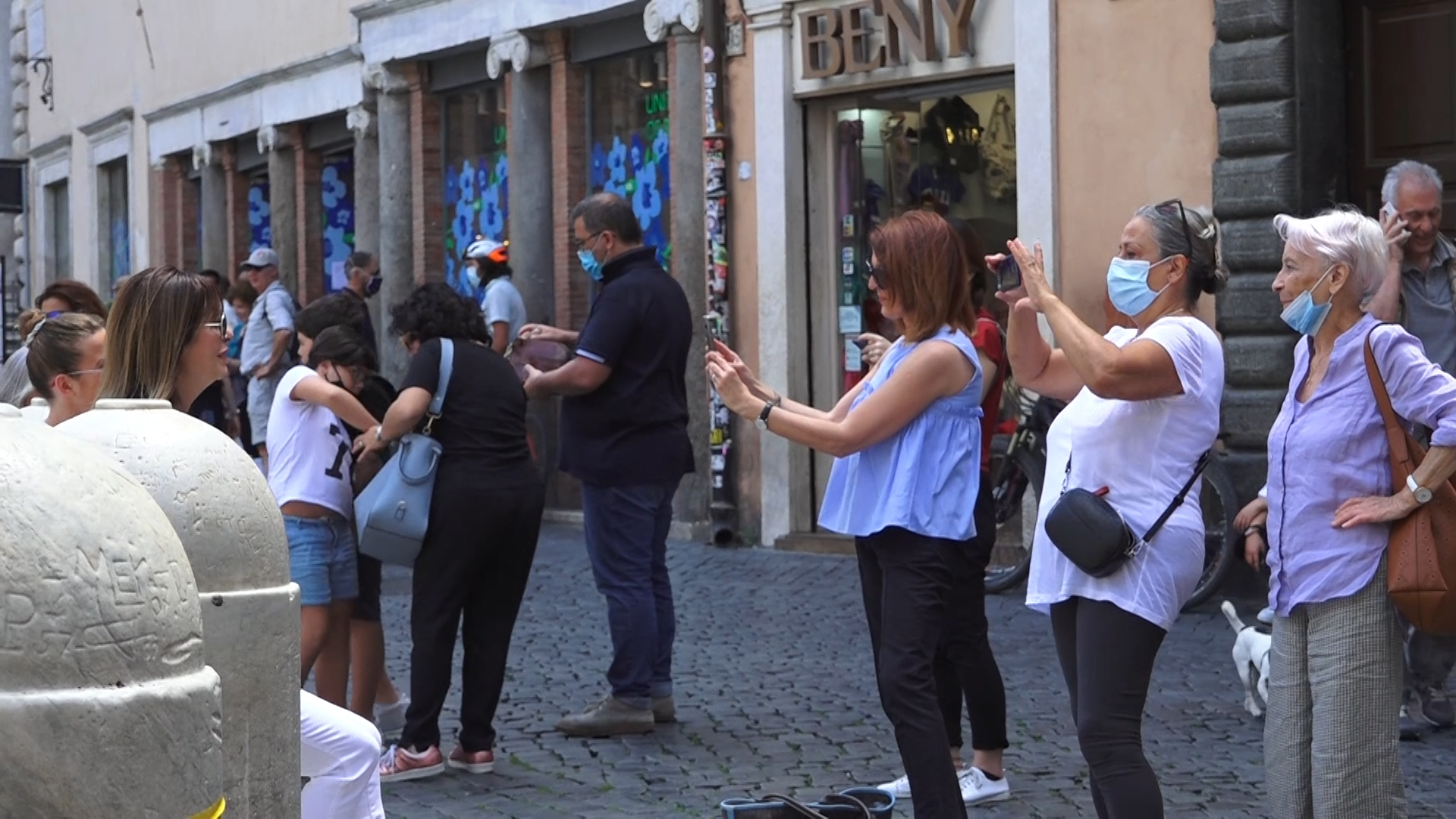 A large number of the recent cases in Italy were due to people returning from overseas. /CGTN

Italy was the first country in Europe to be badly struck by the virus and endured the world's longest national lockdown. At the peak at the end of March, the daily death toll reached 919. Now more than 35,000 people have died.

Health authorities say that the next few months will be crucial in staving off a second wave of infection, when schools are expected to finally re-open and the winter season edges closer.